“their Children and Friendes laboured a speciall meeting at Malking Tower in the Forrest of Pendle, upon Good-fryday, of all the most dangerous, wicked, and damnable Witches in the County farre and neere. Upon Good-fryday they met with great cheare, merry company, and much conference…” —  From The Wonderful Discovery of Witches in Lancashire County by Thomas Potts

On Good Friday, April 10, 1612, the men and women who came to be known as the “Pendle Witches” held a feast at Malkin Tower, the home of one Elizabeth (Lizzie) Device.  The group were later arrested by the local sheriff, Roger Nowell. According to Nowell, the witches at the Good Friday feast were planning and plotting — specifically —  to “kill M. Cowell, and blow up Lancashire Castle [using] all their Murders, Witchcraftes, Inchauntments, Charmes, & Sorceries…”

One week before, on April 2, 1612, Lizzie’s mother, Elizabeth (Bess) Southerns (aka “Old Demdike” ) and her sixteen-year-old daughter Alison had been arrested for witchcraft. Also arrested were their neighbors, Anne Whittle (aka “Old Chattox”) and her daughter Anne Redfearne.  The women were being held at the Well Tower  — which was actually a dungeon — in Lancaster Castle  — which was actually a medieval fortress. There they awaited trial, to be held at the August Assizes, which meant four months in prison.

According to Sheriff Roger Nowell, it was entirely plausible that Old Demdike’s daughter would carry out a plan to kill Thomas Cowell (the coroner appointed by King James to investigate the case) and blow up Lancaster Castle in order to free her loved ones.

The Pendle Witch trials are among the most famous in British history, and the only witch trials ever that had a court journalist– one Thomas Potts — who recorded the testimonies and then wrote a book, The Wonderful Discovery of Witches in Lancashire County published in 1613.

But who were the Pendle Witches, why were they so notorious, and did they even commit the crimes they were accused of?

At the time of her arrest, Bess Southerns was around eighty years old, and had been previously known as a healer and cunning-woman. Her folk magick practices had included midwifery and saving people from plagues and other ailments. She was arrested on charges of consorting with spirits and using charms to instill sickness and death.  Furthermore, years earlier she had supposedly encountered a faerie named Tibb and made a bargain with him:

“Elizabeth Sowtherns confesseth, and sayth; That about twentie yeares past, as she was comming homeward from begging, there met her neere unto a Stonepit in Gouldshey in the Forrest of Pendle, a Spirit or Devill in the shape of a Boy… who bade this Examinate that if she would giue him her Soule, she should have any thing that she would request. Whereupon she asked his name? and the Spirit answered, his name was Tibb: 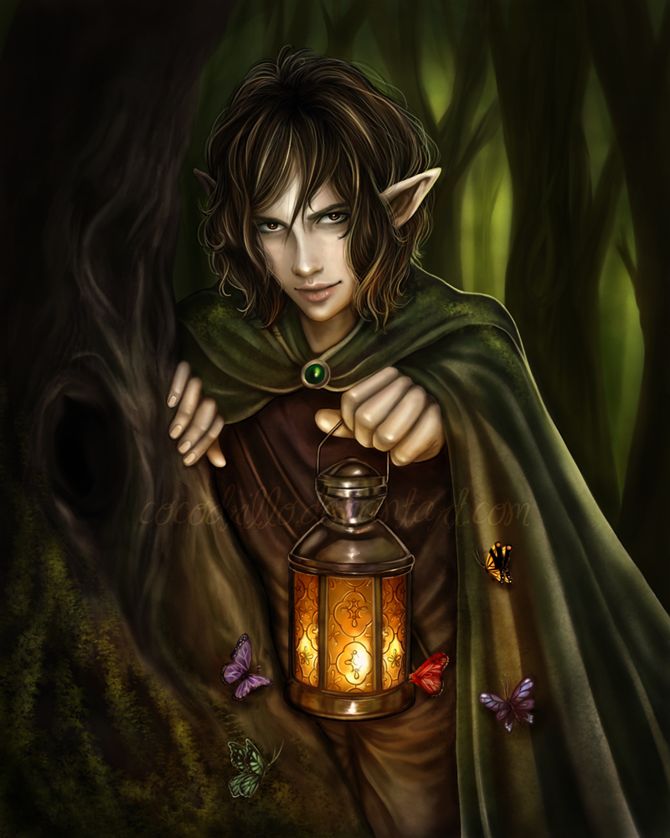 and so this Examinate in hope of such gaine as was promised by the sayd Devill or Tibb, was contented to give her Soule to the said Spirit: And next after, the sayd Spirit or Devill appeared at sundry times unto her alwayes bidding her stay, and asking her what she would have?”

During this time, a neighbor named Richard Baldwin had taken sick – after having had a verbal altercation with Bess in which she had  somewhat flippantly told him “I will pray for you.”  (It was largely believed that a witch’s prayers could bring harm…) Soon after, Baldwin’s young daughter became ill and died. Needless to say, the death was blamed on Bess and her pact with Tibb.

Anne Whittle had a similar story. Bess had allegedly been her mentor.

“Anne Whittle, alias Chattox, sayeth, that about foureteene yeares past she entered the wicked perswasions and counsell of Elizabeth Southerns, alias Demdike, and was seduced to condescend & agree to become subject unto that devilish abhominable profession of Witchcraft: Soone after which,  at around Midnight, the Devill appeared unto her in the likeness of a Man… 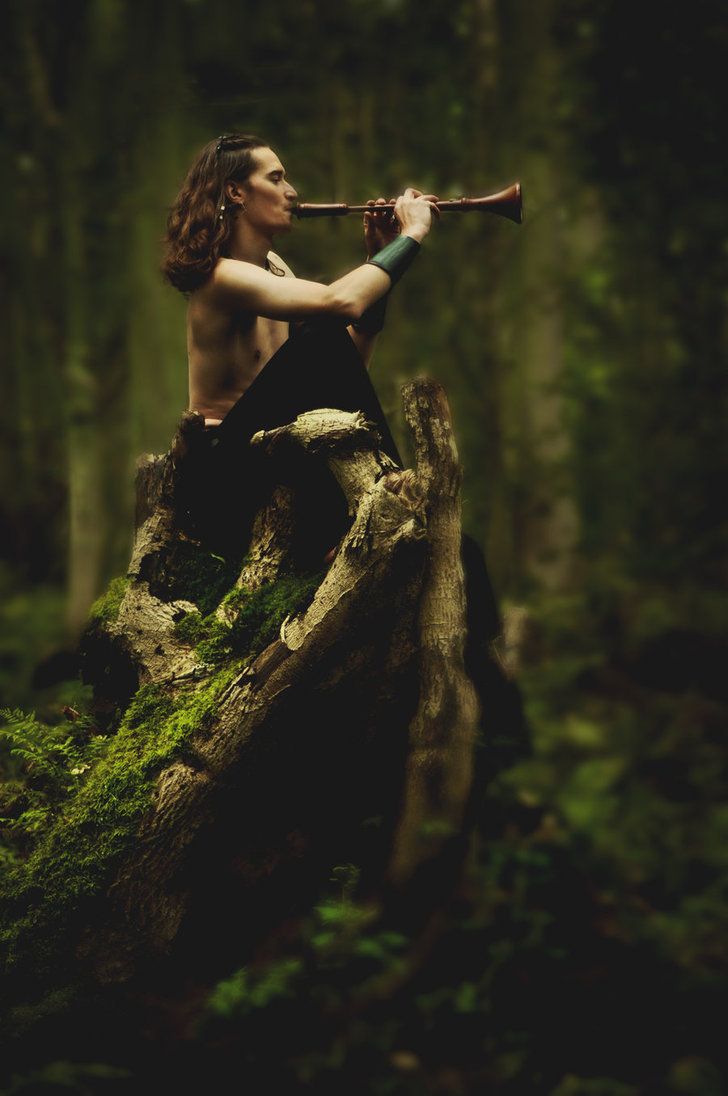 whereupon the said wicked Spirit mooved this Examinate, that she would become his Subject, and give her Soule unto him:”

Further deaths in the Pendle Forest were blamed on the two women and their so called pact with the devil.

“… many sundry Person haue been bewitched to death, and by whom they were so bewitched: Robert Nuter, late of the Greene-head in Pendle, was bewitched by Demdike, and Widdow Lomshawe, (late of Burneley) now deceased.

A Black Dog and Communion Wafers

Young Alison Device had the misfortune of being in the wrong place at the wrong time. She had been walking upon a road in Colne when she saw a peddler – a man named John Law. (I am not kidding. His name was actually John Law. No offense to the Police Department 😊 )

In general, the people of Pendle Forest were poor. Many went barefoot with tattered clothes. Alison had the need for some pins to mend her crumbling kirtle. She asked John Law to “open his sack so she might purchase some.” He refused. Alison then shouted some choice words at him, upon which a black dog came running out of the forest. John Law fell to the ground (in modern times we would say he suffered a stroke.) Nonetheless, it was assumed that the black dog was Alison’s “familiar” – a spirit who arrived on the scene to do Alison’s evil bidding.

The significance of pins should be noted. Aside from holding a kirtle together, pins were seen as necessary for certain witchcraft practices (akin to voodoo) such as sticking them into dolls or “poppets” meant to represent people one wanted revenge on. John Law, perhaps knowing the reputation of Alison’s grandmother, may have hesitated to sell them to her.

James Device, the twenty-year-old grandson of Bess, confessed to stealing communion wafers for his grandmother, digging up skulls and bones, and consulting with a familiar he called “Dandy”.  James Device was believed to have what we would now consider a learning disability. After being starved in prison he became so weak he could barely stand up when brought to trial.

“Being brought forth to the Barre, to receive his Triall … James Device was so insensible, weak, and unable in all thinges, as he could neither speak, hear, or stand, but was holden up when hee was brought to the place of his Arraignement, to receive his triall.”

This further leads us to believe that the prisoners received terrible, inhumane treatment in the dungeon, not to mention coerced confessions.

Out of the Mouths of Babes

To make matters worse, in court Alison’s nine-year-old sister Jennet Device testified against her own family, accusing them all of murder.  The child’s stories were taken extremely seriously by the magistrate. Little Jennet had been in the custody of Roger Nowell since her mother was hauled off to prison. He had most likely coached her to condemn her own family. Nonetheless, Jennet’s accusations became a precedent for children accusing adults of witchcraft. (This practice was later used at the Salem Witch Trials in the American colonies when a group of children accused over 200 people of witchcraft.)

To this day, the outrageous nature of the confessions is questioned by historians.  Some believe that Roger Nowell embellished them. Torture was “forbidden” in England, but other practices, such as starvation and sleep deprivation were often used to coax confessions out of those accused.

King James and the Occult

Roger Nowell had a lot of stakes in the trials. It was to his advantage to prove witchcraft under the reign of King James.  The King, a self-described “witch expert”, had an obsession with the occult and actually believed his throne was threatened by witches.

James himself had written a book about witchcraft titled Daemonologie. He also changed several witchcraft laws to make arrests and convictions easier. This lead to the deaths of many accused. Even Shakespeare’s play Macbeth was written in part as propaganda to appeal to King James, then head of the production company. Interestingly, the spells recited by the witches in court do not seem devil-based at all, but rather adhere to teachings of the Catholic Church, with references to the angel Gabriel, the twelve apostles and the Mother Mary.  Catholic (Papal) practices had been forbidden under King James, a Protestant. However, the county of Lancashire had always been a Catholic stronghold, and it was known that folks practiced the “Old Faith” in secret.

One such “Good Friday” charm, recited in court by James and Jennet Device is as follows:

Upon Good-Friday, I will fast while I may

Untill I heare them knell Our Lords owne Bell,

Lord in his messe With his twelve Apostles good

What hath he in his hand? Light in leath wand

What hath he in his other hand? Heavens doore key

What is yonder that casts a light?

Mine owne deare Sonne that’s nailed to the Tree.

He is nailed sore by the heart and hand,

And holy harne Panne, Well is that man That Fryday spell can,

His Childe to learne; A Crosse of Blew, and another of Red…

“To Be Hung By the Neck Until You Are Dead”

Various other deaths and sicknesses were blamed on the Pendle Witches. In the end, of the twelve originally arrested, ten were sentenced to death. These were:

Elizabeth Southerns died in Lancaster Gaol before the trial began. Some say she used her cunning powers to escape trial. Most likely, the hideous conditions of the prison contributed greatly to her demise. (It was quite common for accused women to die in prison of dysentery or malnutrition, especially the elderly.) What do you think of the Pendle Witches? Let me know in the comments.