Today we see an equality of day and night, yet soon the darkness will overtake us.

The earth tilts. Persephone descends to the underworld once again, leaving dead crops and barren fields. This is the time of the dark goddess. Call her Morrigan, Hekate, Hel, Mab, Cerridwen, Lilith.  She rules all things subconscious.  She is neither mother nor maiden.  She is the mighty huntress, the warrior, the crone, the sibyl, the healer, the high priestess.  Her wisdom is deep. She invites us to go  within, explore shadows, face personal darkness as the long nights scare and tempt us.

“Black were her eyes as the berry that grows on the thorn by the wayside,
Black, yet how softly they gleamed beneath the brown shade of her tresses!
Sweet was her breath as the breath of kine that feed in the meadows. When she had passed, it seemed like the ceasing of exquisite music.”

Autumn’s equinox is the perfect time to begin ritual with the dark goddess.  You may find her in the stillness of the forest, in the fading summer twilight or in the harvest moon.  She is mysterious, unpredictable. She bids, she beckons, but most of all she haunts. This is the season of death, and in all death lies transformation. For those who dare to explore the dark side, magnanimous gifts await. The dark goddess helps us break through fears, anxieties, phobias.

Breathe deep. Take in the essence of autumn — ripe fruits, acorns, crackling fires, candlelight.  Meet the Morrigan on a raven’s wing or journey with Persephone across the River Styx. Energy is transformed in the scarlet  hues of falling leaves as they crumble and return to the earth.  Energy is transformed in the foods we eat at harvest. Our bodies regenerate in the long winter’s sleep. Meditate with the goddess and allow her to help transform negative energy for positive purposes. Our doubts and fears can become confidence and strength.

Relish the golden days of autumn.

“That time of year thou mayst in me behold
When yellow leaves, or none, or few, do hang
Upon those boughs which shake against the cold,
Bare ruined choirs, where late the sweet birds sang.
In me thou see’st the twilight of such day
As after sunset fadeth in the west;
Which by and by black night doth take away,
Death’s second self, that seals up all in rest.”

Have a Blessed Autumn Equinox! 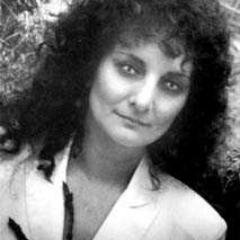 Yesterday we got an email from Dan Alatorre, editor for our new horror anthology  The Box Under The Bed.  Dan informed us that Ellen Datlow had contacted him and was interested in reviewing our book for placement in her publication The Best Horror of the Year.  And I thought:

Holy haunted houses Batman!!  Could this be true?  THE Ellen Datlow  wants to read OUR  little ole anthology??

Well it turns out — it was true!

In case you are not super familiar with the world of Horror/ Fantasy literature, I should explain that Ms. Datlow is one of the top editors in the business. (Plus I have a ton of her cool anthologies, and I am a BIG fan! 🙂 )  A few of her professional accomplishments include:

Yes, all that!  So you see I was clearly having a heart attack when I heard this news.  I immediately contacted all our writers on Facebook and proceeded to to go insane.

Most glorious Monday EVER!!

Don’t forget, you can pre order  a Kindle download of The Box Under The Bed for only 99 cents!  Due for release on Oct. 1, just in time for Halloween.   Click HERE for details.

Are you tempted by terror, hungry for hauntings and scintillated by the supernatural? Are you a surveyor of cemeteries, giddy for ghosts, enticed by the eerie?

If you are a regular reader of this blog, I suspect you have a penchant for the Dark Side.  As such, I have an offer for you! (Okay, a shameless plug. But you will like it, I promise!)

A while back, bestselling author and WordPress blogger Dan Alatorre  requested submissions for an anthology of scary stories he was putting together, to be available around Halloween.  Naturally, the minute I heard ‘scary’ and ‘Halloween’, I was IN!!

I submitted a story about Jack the Ripper.  (Teaser HERE)  To my delight, Dan accepted it!

Our anthology, called The Box Under The Bed contains a collection of twenty spine tingling stories. Expect psychotic killers, psychological horror and recreations  of Yesteryear, as well as friendly ghosts and a plethora of  all things weird, wild and wonderful.   Contributors include bestselling authors Allison Maruska  and Jenifer Ruff.    The anthology is due for release on October 1. 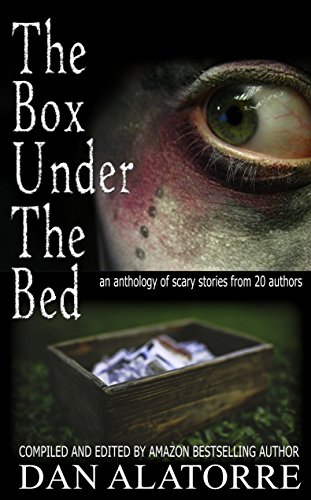 Now here’s the best part! You can pre-order a Kindle download for only 99 cents!  Pre-orders will also include a bonus story written by Dan Alatorre which will not be included after the release date.  Paperbacks will be available later. 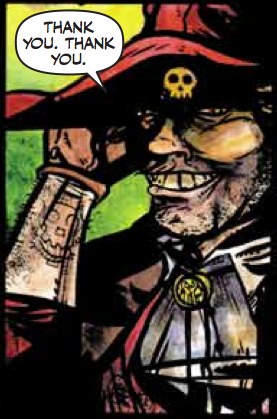 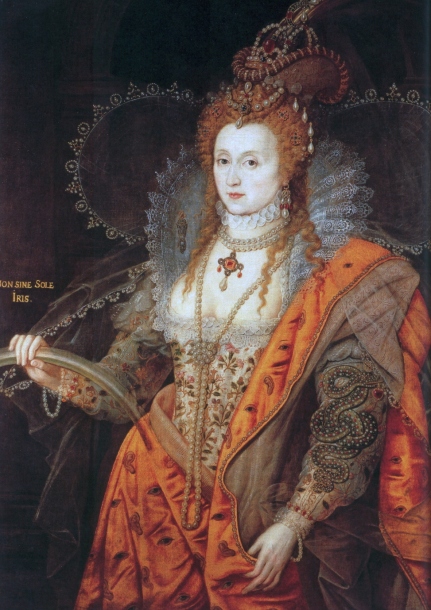 If you read my blog regularly you already know about my big obsession with Queen Elizabeth I.  Born on this day, September 7, 1533, she was one of England’s greatest monarchs, successfully ruling for forty five years.

Bess, however, started out as an unlikely candidate for the throne. She was the daughter of King Henry VIII and Queen Anne Boleyn. With a shaky upbringing that included her dad Henry beheading her mother Anne when Elizabeth was just three years old, the girl went in and out of favor with the King.  Her title changed often. The precocious child  was aware of this, often questioning her caretakers:

“For why yesterday I was the Princess Elizabeth and today only Lady?”

When Henry died, Bess was third in line for the crown. Her brother Edward became king at the tender age of nine and ruled until his untimely death just six years later. Her older sister Mary then reigned for five years. Mary, a devout Catholic, was often at odds with Elizabeth, a staunch Protestant. When Mary died in 1558, Bess  finally took the throne.

The new queen was twenty five years old, highly intelligent, tall, red haired, lovely and possessing much of her father’s strong will.  Her status (bastard or not a bastard?)  was still considered questionable. Nonetheless, Bess became a much beloved monarch.

Elizabeth served time in the Tower of London, arrested for treason after she was wrongly accused of plotting to overthrow her sister Mary. It was, ironically, Phillip of Spain, Mary’s husband, who pled for Elizabeth’s release.  His intentions were not entirely noble, as he knew his own wife was sickly and he planned to gain favor with Bess and wed her after Mary’s inevitable death. Needless to say, Bess refused him.

Her nicknames were Gloriana, Good Queen Bess and The Virgin Queen.

The Virgin Queen was also an astrological Virgo! She had many typical characteristics of the sign — pragmatism, good money management, discretion and concern for others.

Although most historians agree that Bess actually was a virgin, she had a long romantic involvement with her courtier and horse master Robert Dudley. This caused rumors and gossip. However, although there was great anticipation  for her to be wed, Bess never married and produced no heirs. (At least not any legitimate heirs that we know about.)

The whiteness of her skin, as it appears in many portraits, was achieved through a makeup combination of eggshells and lead. (Yes lead! Its effects were apparently unknown at the time.)

She loved sweets. One of her favorite foods was sugar coated violets. Her dental health suffered because of this and Bess eventually had a mouth full of rotten teeth.

Regarding her so-called marriage plans, Bess was a master at bait and switch. She would often ‘consider’ marriage proposals, but only to gain political favor with a particular country. Once peace was established, she would send suitors on their merry way.

Bess often claimed she was ‘married to England’.  She proved this to be true in her political actions. She once even tried to arrange a marriage between her cousin Mary Queen of Scots and her own love interest Robert Dudley — because she wanted Dudley to serve as a spy and keep track of the Scottish queen’s activities.

This suggestion caused the insulted Dudley to leave court in a huff.  He then married Lettice Knollys,  Bess’  cousin and lady in waiting. Lettice was banished form court for this union.  Dudley, however, reconciled with the queen and served her for several more years.

What exactly was Queen Elizabeth’s aversion to marriage? Consider the circumstances.  Her own father beheaded not only her mother, but also her cousin (Catherine Howard, Henry’s fifth wife) and several other kinsmen. Her relationship with Dudley was wrought with scandal and threats to her power. Sleazy Phillip of Spain tried to worm his way into her affections for political gain.  My guess, she only ever equated marriage with danger. She saw it as an institution that threatened her realm and her life.

Bess was a lover of plays and supported Shakespearean drama.  She herself was a musician, accomplished at the lute and virginals.

She, along with her secretary Sir Francis Walsingham, created the most notorious spy operation of Renaissance England.  Walsingham undermined several plots to overthrow Elizabeth, including a Catholic scheme involving Mary Queen of Scots.  Bess’ network of spies, which included Christopher Marlowe, often were turn coats — former Catholics who switched sides but remained savvy to Catholic networks and thus reported plans to Walsingham.

Bess was such a good spymaster,  she even wore dresses to advertise the fact! Note this famous portrait: 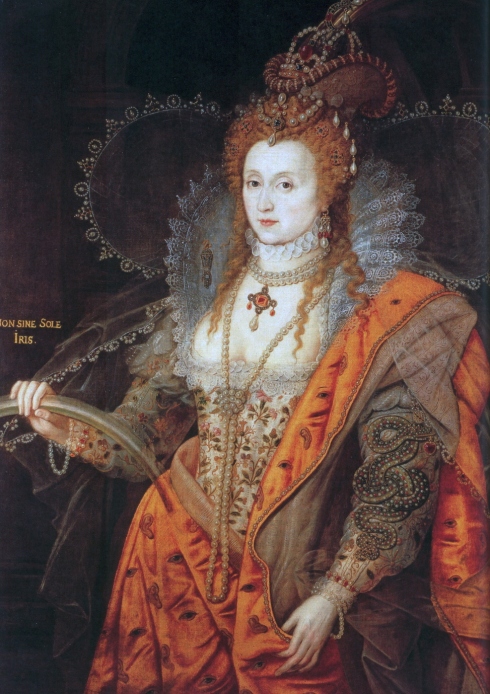 Upon closer examination, we see that the detail of the fabric is decorated with tiny ears and eyes! This was to send the symbolic message: “I see and hear you” and more importantly “Don’t betray me.”

She never quite gave up her obsession for Robert Dudley. After her death, a letter was found among her most private belongings, hand written by Robert, with a note from Bess labeling it his last letter to her.  She is said to have called out his name on her deathbed.

Elizabeth is still considered one of England’s best monarchs. Her great accomplishments include defeating the Spanish Armada, restoring prosperity to the realm and keeping relative peace in the country despite great religious divides. She died in 1603 of natural causes.

Elizabeth I has been portrayed by some of the world’s finest actresses, including Flora Robson, Bette Davis, Vanessa Redgrave, Glenda Jackson, Cate Blanchett, Judi Dench, Helen Mirren, and Anne-Mare Duff. This fun montage gives a sampling, hope you like it!

If you were living in a Shakespearean play who would be your true love? Are you hot for Hamlet, mad for Macbeth, pining for Prospero or crazy for Caesar?

Take this fun quiz and find out!

I am apparently enamored with Puck.  No big surprise! Everyone knows I live in   A Midsummer Night’s Dream  and am no stranger to fairies.

Puck is one mischievous creature and is bound to take you to new heights during your sexy time with him. He’s definitely capable of making you extra thirsty just by whispering in your ear. He’s the only one who will make you laugh all the way to the bedroom.

Let me know who you get!