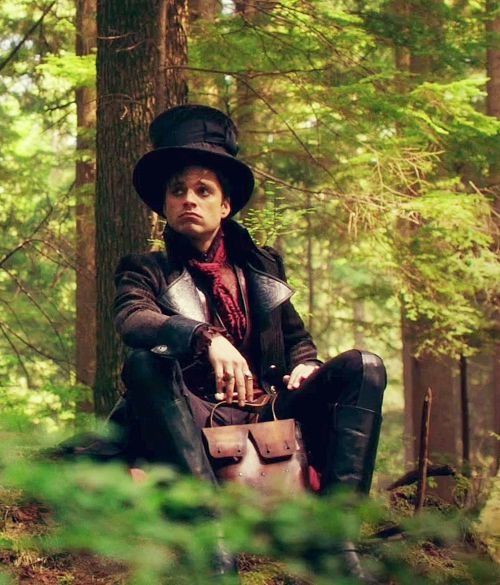 The Mad Hatter has always been a beloved character, and a bit of a cultural icon. He occupies just a small amount of the Alice stories, but he is one of Lewis Carroll’s most popular inventions. In fact, he is so popular, we even have a day to celebrate him! Today,  October 6, is National Mad Hatter Day.

Why October 6th? Well, if you remember the original Alice illustrations by Sir John Tennial, you might know that there is a slip of paper on the Hatter’s hat that reads: “In this style, 10/6.”

This means the Hatter has an order to make a hat in exactly that style, and it will cost ten shillings and sixpence. (It has nothing to do with October. But then again, Pi has nothing to do with March 14th, and we celebrate Pi Day on 3/14 anyway.)  In U.S. date representation, the month comes first and then the day, so 10/6 means October 6th.

Mad Hatter Day was founded in 1986 by a group of computer programmers in Boulder, Colorado who noticed the “date” on the Hatter’s hat. They thought it would be a good idea to make this a national holiday, and petitioned for it. Although it is not official, Mad Hatter Day is recognized by hat enthusiasts, time travelers, March Hares, and Alice fans worldwide.

But where did the Hatter come from? Was he really mad? And what exactly was his big gripe with Time?

Lewis Carroll did not invent the idea of an insane hat maker solely on his own. The phrase “mad as a hatter” was part of popular jargon as early as 1837, some thirty years before the Alice stories were published. Many real life hatters were known to exhibit erratic, flamboyant behavior, talk to themselves and have mood swings.

What made the Mad Hatters mad? 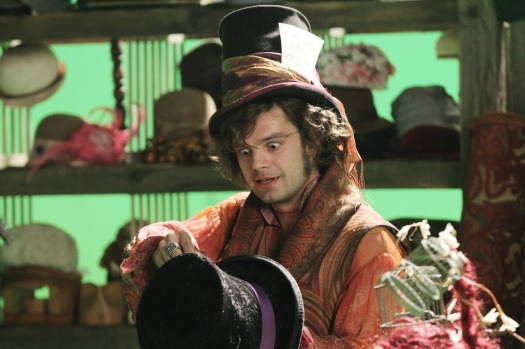 In the 18th and 19th centuries, hat makers typically used mercury nitrate as part of the process for curing felt.  Exposure to mercury resulted in some weird behavior. Symptoms of mercury poisoning include anxiety, muscle weakness, memory loss, hearing and vision problems, slurred speech, drooling, and diarrhea. Top hats, so popular during the Victorian era, used a great deal of cured felt, so maybe there was a “rise” in madness during the time Carroll wrote Alice. Hence “mad as a hatter” became a popular phrase.

Luckily, use of mercury was eventually banned from the hatting industry. In 1898, laws were passed in Europe that protected hat makers from the risk of exposure. By the 20th century, mercury poisoning among British hat makers had become a rarity. The United States, however, did not ban mercury until 1941, when the Public Health Service deemed it hazardous and finally prohibited its use.

Ironically, Carroll is said to have based his Hatter not on a real hat maker, but on a furniture dealer named Theophilus Carter, who was known locally as the Mad Hatter. Carter always wore a top hat. (But apparently not in this picture.) 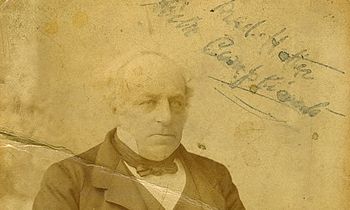 Carter was an eccentric with some far out ideas, and he produced some wacky inventions. One such invention was  the “Alarm Clock Bed”. This contraption contained a mattress that would tip the sleeper out of bed and into a tub of cold water to wake them up. According to the Virtual Victorian website: “At the appointed hour of alarm, after the sound of ringing bells to wake the ‘modern’ sleeper, an automated mattress tipped and flung the poor wretch from his bed to a bath of cold water  – supposedly refreshed and restored for the brand new day ahead.”

I am not making this up! The bed was actually featured as an attraction in Prince Albert’s Crystal Palace Exhibition, which took place in Hyde Park in 1851. We don’t have a real picture of this notorious thing, but it was thought to look something like this: 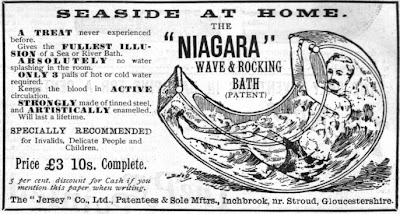 The ladder on the bottom would slide the victim into the refreshing tub of “seaside” cold water below.  Yeah, I can see why this invention didn’t take off…

Time Waits For No One

Perhaps it is significant that Carter’s invention involved a clock. Both Lewis Carroll and his Hatter were obsessed with time. As you may recall, at the Mad Tea Party, it was always six o’clock, tea time. 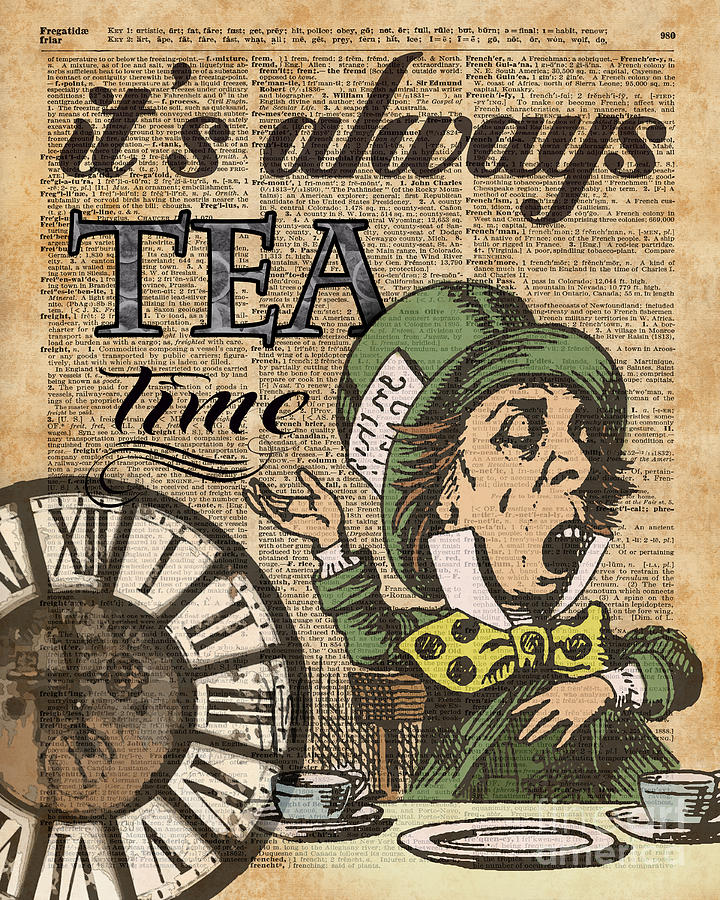 As a result, Time would not cooperate with the Hatter.  “And ever after that,” says the Hatter, “he won’t do a thing I ask. It’s always six o’clock now.” (Time, according to the Hatter, is actually a “he” not an “it”.) 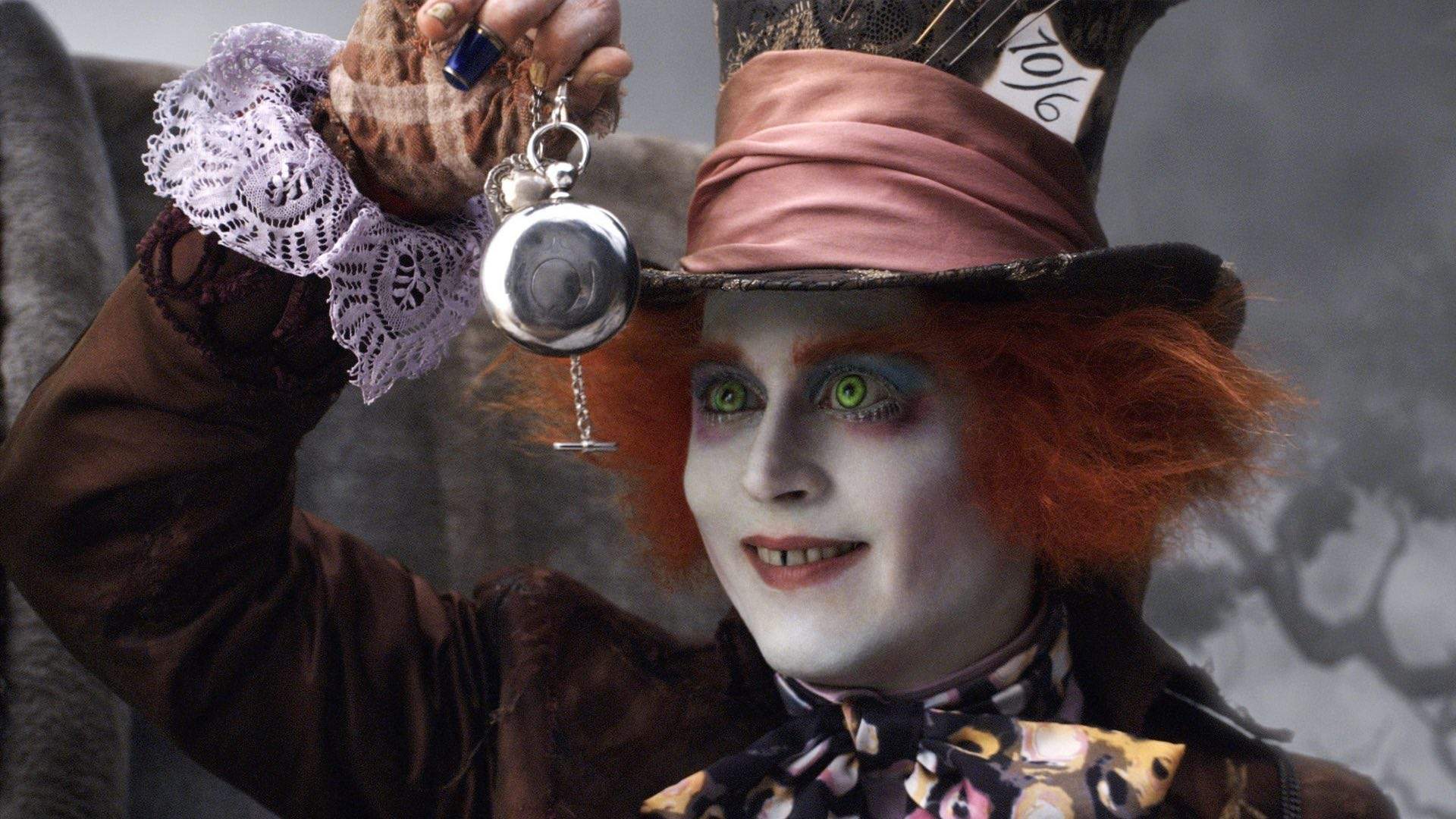 At the Tea Party, time stands still. They must keep full table settings all around, as they move from place to place to get clean cups  — because time never changes.

Interestingly, Albert Einstein himself held a point of view similar to the Mad Hatter’s!

Einstein was obsessed with, and distressed by, the conundrum of the present moment, or the “Now”.  According to Einstein, “the experience of the Now means something special for man, something essentially different from the past and the future, but this difference does not, and cannot occur within physics.”

Think about it. It is always Now.  You are reading these words Now, but I am also writing these words Now.  It is always Now. You can’t do anything tomorrow, or yesterday. You can plan or recall, but you cannot act. And what you actually do, you DO RIGHT NOW.  But Einstein tells us the experience of the Now cannot be grasped by science nor explained mathematically! Perhaps the Hatter was right. It was always six o’clock. Because it is always now. 🙂

In his sequel Through the Looking Glass, Carroll puts the Hatter in another unique time experience. Hatta (aka Hatter, in the version also the King’s messenger) is in jail for a crime he has not yet committed. The Queen explains to Alice: “He’s in prison now, being punished, and the trial does not even begin until Wednesday, and of course, the crime comes last of all.”

Alice wonders what will happen if he never commits the crime.

Similarly, the Queen justifies not serving jam. “The rule is jam yesterday, and jam tomorrow, but never jam today.” So they just never have jam. Which is a shame. They should have it NOW.

Crazy, right? But in his book Relativity (1952) Einstein wrote: “Since there exists in this four dimensional structure [space-time] no longer any sections which represent “now” objectively, the concepts of happening and becoming are indeed not completely suspended, but yet complicated. It appears therefore more natural to think of physical reality as a four dimensional existence, instead of, as hitherto, the evolution of a three dimensional existence.”

Einstein believed in an undivided solid reality, with no true division between past, present and future. When Einstein’s dearest friend Michele Besso died, Einstein wrote a letter of consolation to Besso’s family, summing up his thoughts:

“Now he has departed from this strange world a little ahead of me. That means nothing. For us physicists, the distinction between past, present, and future only has the meaning of an illusion.”

Lewis Carroll was an Oxford mathematician. I have argued before that he was ahead of his time. Perhaps Carroll was toying with the concept of non-linear time years before Einstein was even born! But then again, it is all in the NOW, so, from that perspective, one CANNOT BE “ahead of one’s time.”

This is clearly a holiday worth celebrating! To make the most of Mad Hatter Day, you might want to:

Ponder Einstein and time. Do it NOW 🙂 No time like the present. Or wait a minute… (CAN  we wait a minute??) See what I did there?

Have a great Mad Hatter’s Day!