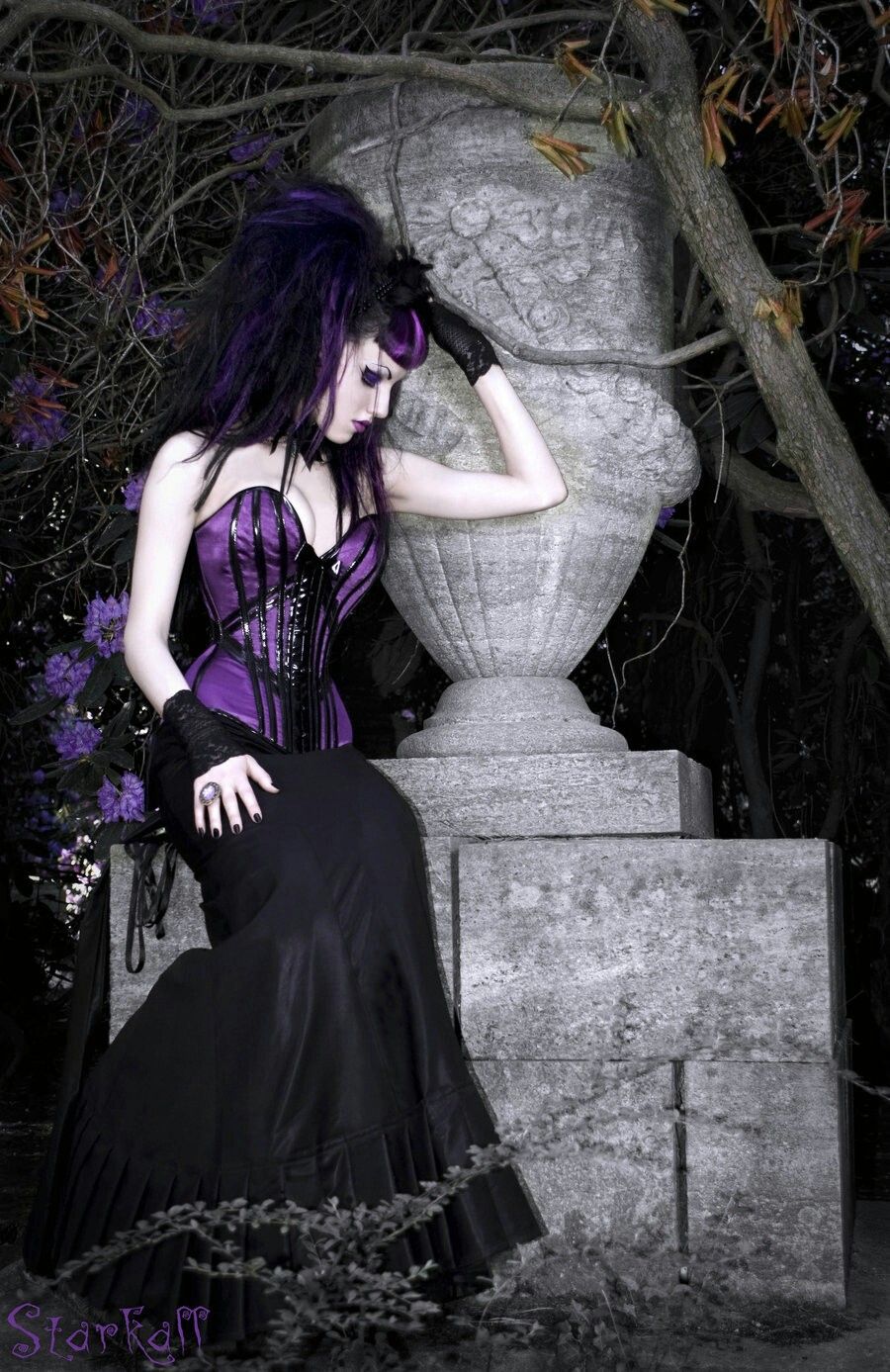 When she saw what she had done

Gave her father forty one.

Infamous might-be ax murderer Lizzie Borden was accused of murdering her father and stepmother in their own home, injuring them with (maybe not forty) but so many bloody hatchet whacks their faces were unrecognizable.

The story had all the elements of Gothic intrigue. A wealthy family. A miserly widower. An evil stepmother. Two secluded, spinster daughters. A family enmeshed in bickering and resentment. A gory murder and the trial of the century. Read on to find out about the real Lizzie Borden, a mind boggling tale and a murder mystery that continues to baffle experts to this day.

Lizzie Andrew Borden was born on this day, July 19, 1860, in Fall River, Massachusetts. Her parents were Sarah Anthony and Andrew Jackson Borden. Lizzie had one older sister, Emma, born in 1851. Lizzie attended the Morgan Street School. After graduating, she became a Sunday school teacher, a secretary of the local Christian Endeavor Society and a member of the Woman’s Christian Temperance Union. (The real Lizzie was yet to be revealed…)

Lizzie’s life was hardly a whirlwind of adventure. And this just may have been the environment that led her to crack.

Andrew Borden’s first wife Sarah died in 1863 when Lizzie was just three years old. Two years later Andrew remarried a woman named Abby Durfee Gray. Since Lizzie was so young, Abby should have been her main maternal figure. But Lizzie and her sister Emma never liked Abby very much. They called her “Mrs. Borden” rather than “mother”, and didn’t even eat their meals with her. Lizzie believed that Abby had married her father for his wealth.

Andrew Borden was indeed a wealthy man. But with the way he lived, no one would know it. He came from modest beginnings and eventually made a fortune in real estate and textile mills. He was also president of the Union Savings Bank and a director of the Durfee Safe Deposit and Trust Co. The guy was loaded. At the time of his death in 1892, Borden’s estate was valued at $300,000  — the equivalent of $9 million in today’s money!

The house the family lived in was small and shabby. It had no electricity or indoor plumbing. It was located in a modest part of town, far from the Fall River elite, who lived in a ritzy district known as “The Hill”.

Sisters Lizzie and Emma longed for a life on The Hill. Debutante balls, champagne, glitzy dancing, diamond brooches. But no. Because of their father’s frugality, these luxuries were denied them.

In addition to Lizzie hating her stepmother, other tensions were growing within the family. Miser Andrew had bestowed generous gifts of real estate to various members of Abby’s family. For example, he had given a house to Abby’s sister. In retaliation, Emma and Lizzie had demanded property of their own. They purchased a house from their father for one dollar. A few weeks later they sold it back to him for $5,000 —  the equivalent to $142,000 in today’s money. A pretty good deal 🙂

And money wasn’t the only issue. Lizzie was a devout animal lover.  She had recently built a roost in the barn for stray pigeons. Andrew decided they were a nuisance, so he took a hatchet and sliced up the birds. (Yes, a hatchet. You will see a theme emerging here…) Needless to say, Lizzie was devastated.

The Bordens were NOT a happy family.

By July, 1892, a family argument prompted both sisters to take vacations. When Lizzie returned, she was not eager to go back to her father’s house, and even stayed a few days in a hotel before returning. Emma remained on vacation for an extended time and was therefore (lucky for her) not home during the time of the murders.

It started out like any other morning. The family had breakfast.

The Bordens employed a live-in maid named Bridget Sullivan, whom they called Maggie. A relative named John Morse, Lizzie’s uncle, had come for a visit. The only people in the house that day were Lizzie, Andrew, Abby, Maggie and John. At around 8:30 am John left and went to town to buy a pair of oxen. (Can you imagine going to town to buy oxen? But I digress 🙂 ) At a little after 9 am, Andrew went out for his daily morning walk. At sometime between 9 and 10 am, Abby went upstairs to do housework in the guest room. The making of that bed would be her last. By 10:30 am Abby was dead.

According to the forensic investigation, Abby was first struck on the side of the head with a hatchet. Her ear was cut, which caused her to turn and fall face down on the floor. The killer then struck her seventeen times in the back of her head.

Meanwhile, Andrew returned from his walk. He had trouble with his key at the door and Maggie came to let him in. The door was jammed and Maggie uttered a curse word as she opened it. She later claimed she heard Lizzie laughing at this, her voice coming from the top of the stairs. (This was significant because anyone upstairs would have presumably been near Abby’s body.) Lizzie, however, denied it. She claimed to have chatted briefly with her father. She also claimed she had removed Andrew’s boots and helped him into his slippers before he lay down on the sofa for a nap.

Interestingly, the photos from the scene of the crime show a dead Andrew with his boots still on.

Maggie was in her room on the third-floor. At approximately 11:10 am she heard Lizzie call from downstairs, “Maggie, come quick! Father’s dead. Somebody came in and killed him.”

Andrew had been struck in the head eleven times with a hatchet. His face was so bludgeoned it was nearly unrecognizable. 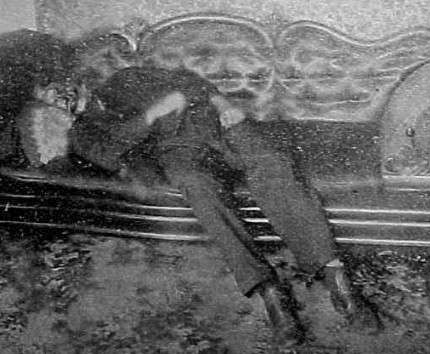 Somebody called the police. Detectives and a forensics expert were called in. Andrew’s still-bleeding wounds suggested a very recent attack.  It was estimated he died at approximately 11:00 am. Upstairs, Abby’s body was already cold.

Trial of the Century

Reporters swarmed in. News spread through town and crowds began to gather around the Borden house. People walked off their jobs to check out the scene. This was the most exciting event of their lives! Nothing like this had ever happened before in Fall River. People were also terrified that the murderer was still on the loose.

Lizzie was a prime suspect. Of the other household members, John Morse had an alibi and Emma was out of town. Maggie was briefly considered, but she was not a likely candidate because she had no motive. Lizzie, on the other hand, stood to gain financially from her parents’ deaths.

The idea of Lizzie being accused of ax murder was a shock to the townspeople. Polite Victorian society could not fathom the idea of a woman wielding an ax. It was simply too unladylike. They could not picture it. So therefore, the townspeople maintained Lizzie’s innocence from the beginning and never flinched.

At the inquest, Lizzie gave conflicting and confusing testimony. She tripped up her story, claiming to be in different places – – in the kitchen reading a magazine, in the garage searching for tackle, in the orchard eating pears. Finally the judge had enough. Lizzie was arrested for the murder of her parents and thrown in jail.  (To be fair, it should be noted that doctors had prescribed doses of morphine to Lizzie at this time, to help her cope with the horrible situation. The confusing testimony was given under the influence of heavy drugs.)  When the case finally went to trial, the press called it “the trial of the century”.

Lizzie herself did not testify in court, saying only, “I am innocent. I leave it to my counsel to speak for me.”

Plenty of evidence was stacked against her. For one thing, it was reported that she’d tried to burn a dress a week after the murders. Presumably the dress was stained with blood. A friend, Alice Russell, testified that the dress had been stained with paint, not blood. There was also a report that Lizzie had tried to buy poison just days before the murder. (Her parents had also become sick, presumably with food poisoning, during those days.) And then there was the matter of the murder weapon. A hatchet head, detached from its handle, was found in the cellar. Miraculously, no blood stained clothes were ever found in the house, despite the fact that these crimes were a literal blood bath.

As it turned out, the jury was sympathetic. The evidence presented was not considered “direct enough” to convict her.  Lizzie was acquitted on June 20, 1893. She had spent ten months in jail.

After the trial, Lizzie and Emma inherited their father’s fortune. (It was nine million bucks, remember?)  They immediately bought a fourteen room mansion in (you guessed it) the prestigious neighborhood of The Hill. The house was a magnificent palace, full of summer and winter bedrooms, crystal chandeliers and lavish furniture. The girls had finally achieved their dream.

You would think the story ends here and the Borden sisters lived happily ever after, right? But NO!

Lizzie was no shrinking violet, and now that she had money she did as she pleased. Her ‘notorious’ activities did not sit well with the polite society of Fall River. And what exactly were those activities? Well… prepare to be shocked! 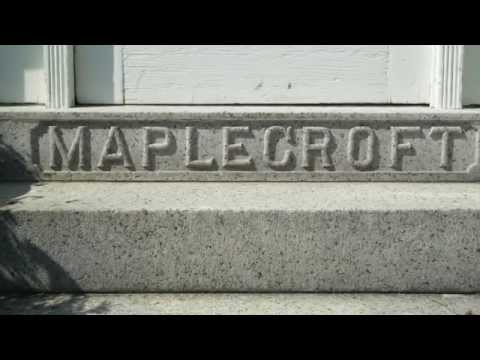 Unheard of! This was a flamboyant, shameless display of wealth and definitely NOT to be tolerated! (Ax murder your parents? Fine. But name a mansion? Oh no, that will not do!) 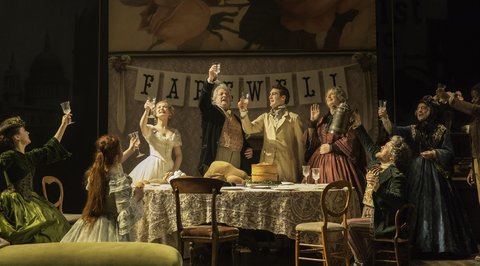 That was it! The last straw. Even her own sister Emma abandoned her, moving out of the house in 1905. The two never spoke to one another again. (True story!)

Lizzie ‘Lizbeth’ Borden died on June 1, 1927 of pneumonia, at the ripe old age of sixty-seven. We shall never know whether or not she actually committed the murders, but she sure had a hell of a life. What do YOU think?

Happy Birthday Lizzie! You were slick, wicked and uncompromising.