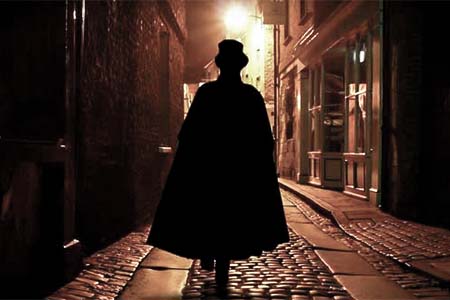 I lurked in the shadows, waiting  for the perfect moment to pounce.  The bevy of beautiful women I selected as specimens were perhaps unsuspecting of my talents.  The good people of London were unsuspecting as well. Yet as that month of September, 1888 passed, after I had skillfully managed to dissect and disembowel four women, leaving their remains to decorate Whitechapel  like human canvasses, it occurred to me; the locals now had great expectations of my work.  I had become a skilled artist in the medium of human flesh.

Why did I do it? Ah, I am quite sure the gentlemen at Scotland Yard would love to know the answer to that. Why indeed? I did it with purpose!  It was sublime and beautiful, this sight of torn flesh.  The rushing scarlet that trickled from their necks as I first pricked my knife. The red river that flowed across their clavicles.  Once the blood began to pour I was insatiable in my creation.  Like a painter’s brush I wielded my dagger, deeper and deeper until I hit solid bone. I could not stop till I’d sliced their torsos clean open.

WANT TO READ MORE OF THIS STORY AND MANY OTHERS? ORDER OUR SCARY ANTHOLOGY  THE BOX UNDER THE BED.

This anthology contains eerie ghost stories, supernatural chills and of course — the conclusion of Jack the Ripper’s tale — which becomes more interesting when victim Mary Kelly tells her side of the story.