He taught the self actualization of Asking, Seeking and Knocking. He encouraged people to open their own doors of opportunity.  Even at age twelve he was too smart for his own good, possessing psychic abilities and esoteric knowledge that reportedly  astounded the High Priests of the temple.

His immense popularity led to accusations of sedition, rabble rousing and blasphemy. He was charged with the art of necromancy, Lazarus the dead man being his most famous case. He was also accused of healing — cripples, lepers, the psychologically troubled, the depressed, the insane, the diseased.

He manipulated the elements, created and calmed storms, changed water into wine and according to Scripture, fed thousands of people with only a few loaves of bread and two tiny fishes.

He was arrested and taken before the Sanhedrin where he was accused of sorcery and witchcraft.  These were very  serious charges. The Book of Leviticus  clearly states, “Thou shalt not suffer a witch to live.”  (Ironically, those that claimed to be his ‘followers’ would, in centuries to come, use those very same words as an excuse to put thousands of women to death.)

He was a clever chameleon, wisely admitting to nothing.  He made the Sanhedrin, Pilate and Herod stumble over their own words as he famously asked: “Who do YOU say I am?” 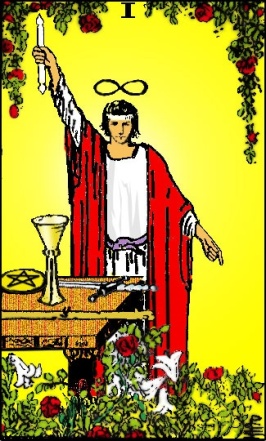