She was an author, a philosopher, a makeshift psychoanalyst, a flamenco dancer, an actress and an international woman of mystery. Her love affairs were legendary, and her tell-all erotica is hailed by critics as the finest ever written.

Born To Be Wild

Anais Nin, birth name “Angela Anaïs Juana Antolina Rosa Edelmira Nin y Culmell” (you can see why she shortened it!) was born on this day, February 21, 1903 in Nueilly, France. Her father, Joaquín Nin, was Cuban pianist of Spanish descent, and her mother Rosa Culmell, was a Cuban singer of French and Danish descent. Even at birth she seemed destined for an artistic life which would lead her across continents.

Sadly, her parents separated when Anais was only two years old. Rosa then took Anais and her brothers to Barcelona and later New York City.  Anais began high school but dropped out at age sixteen. She then worked as an artists model.

In 1923, she found herself living in Havana, Cuba. It was there she met and married her first husband, Hugh Parker Guiler. 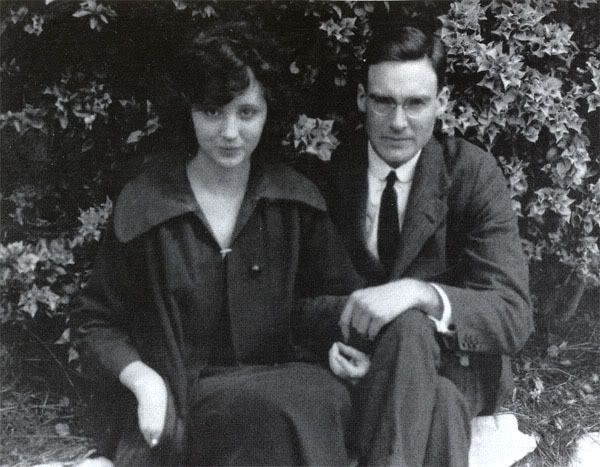 The Psyche and The Pen

Anais became interested in psychoanalysis. With the onset of new research and practices, the human mind was now Freud’s territory, ripe for childhood trauma and sexual symbolism. Anais studied with prominent doctors René Allendy and Otto Rank. Both men eventually became her lovers.  It was a somewhat “sophisticated” kind of hanky panky, bordering on mentorship (at least according to Nin.)  She said of Otto Rank:

“As he talked, I thought of my difficulties with writing, my struggles to articulate feelings not easily expressed. Of my struggles to find a language for intuition, feeling, instincts which are, in themselves, elusive, subtle, and wordless.”

Nin eventually found her voice, later publishing several novels, journals and short stories including Winter of Artifice, A Café in Space, The Anaïs Nin Literary Journal, Delta of Venus, Little Birds and Under a Glass Bell.

During her years in Paris, Anais led an unconventional lifestyle which was almost systematically removed from her husband Hugh. (Reportedly, Hugh requested that he never be mentioned in any of her published diaries.)

Anais slid into a literary circle which included Henry Miller, John Steinbeck, Antonin Artaud, Gore Vidal, James Agee, and Lawrence Durrell. She had love affairs with some of them. Even steadfast homosexual Gore Vidal was known to write her romantic letters. Most famously, Nin was involved with Henry Miller. She also seems to have fallen in love with Henry’s wife June, an irresistible, cunning and beautiful femme fatale.  Their relationship is one of much speculation, and was examined in the 1990 film Henry and June. 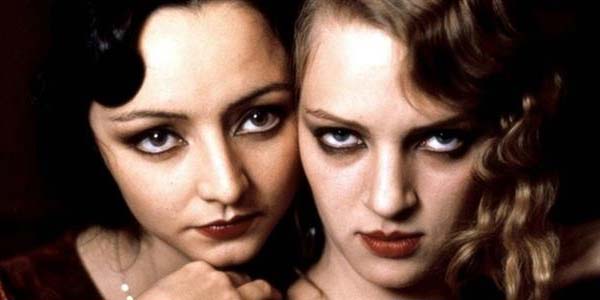 Anais was obsessed with June, often using her as an archetype in her fiction. In her diary Henry and June Anais wrote poetically and reverently of her infatuation, even stating, “I have become June.” Although Anais denied having an affair with June, she continuously gave her money, jewelry and clothing, even to the point of leaving her own self broke for June’s benefit.

In the summer of 1939, with the Nazis closing in and the threat of war, Anais and Hugh left Paris and relocated to New York City. There Anais continued her sexual escapades. She reunited with her old psychoanalyst, Otto Rank, and moved into his apartment.  (The relationship between Anais and Hugh is unclear at this point. Maybe he realized he simply could not control her, or maybe he no longer cared.)

While living with Otto,  Anais actually began to act as a psychoanalyst herself. She “counseled”  patients in the room next to Rank’s, and also had sex with them on the psychoanalytic couch!

After several months, even the voracious wildcat Anais could not keep up the pace.  She quit, stating: “I found that I wasn’t good because I wasn’t objective. I was haunted by my patients. I wanted to intercede.”

In 1947, while still living in America and still married to Hugh, Anais met the actor Rupert Pole.  After a chance encounter in a Manhattan elevator, the two ended up dating and traveled to California together. Anais was sixteen years older than Pole.  On March 17, 1955,  even though she was still married to Hugh, Anais married  Pole in Quartzsite, Arizona! She then lived with him in Los Angeles.

What was Hugh doing all this time? Well, he either was clueless, or he pretended to be clueless. Biographer Deirdre Bair alleges that Hugh knew everything, but “chose not to know”. Anais referred to her simultaneous marriages as her “bicoastal trapeze”. She wove a wild web around it.

According to Deidre Bair: “Anais would set up these elaborate façades in Los Angeles and in New York, but it became so complicated that she had to create something she called the ‘lie box’. She had this absolutely enormous purse and in the purse she had two sets of checkbooks. One said ‘Anais Guiler’ for New York and another said ‘Anais Pole’ for Los Angeles. She had prescription bottles from California doctors and New York doctors with the two different names. And she had a collection of file cards. And she said, ‘I tell so many lies I have to write them down and keep them in the lie box so I can keep them straight.'”

In 1966, Nin had her marriage with Pole annulled, due to the legal issues arising from both Guiler and Pole trying to claim her as a dependent on their federal tax returns. (Yep. The IRS will get you ever time! 🙂 )

However, Anais continued to live with Pole until her death in 1977.

Believe it or not, love was not lost between Anais and Hugh. Prior to her death, Anais wrote to Hugh asking for his forgiveness. He wrote back that his life had been “more meaningful” because of her.

A Jill of All Trades

In addition to her writing, Anais’ artistic endeavors also included work as an actress. In 1946 she appeared in the Maya Deren film Ritual in Transfigured Time. In 1952  she starred in Bells of Atlantis, a film directed by her husband Hugh under the name “Ian Hugo”.  In 1954 she had a role in the Kenneth Anger film Inauguration of the Pleasure Dome.

When the Feminist Movement exploded in the 1960’s, Nin’s writing was examined under a new lens. She became something of a feminist icon. She was a popular lecturer and spoke at various universities. Anais herself, however, refused to be politically active and disassociated herself from Feminism. In 1973 she  received an honorary doctorate from the Philadelphia College of Art. She was  elected to the United States National Institute of Arts and Letters in 1974, and in 1976 was presented with a Los Angeles Times Woman of the Year award.

She even had a perfume named after her, Anais Anais by Cacherel! 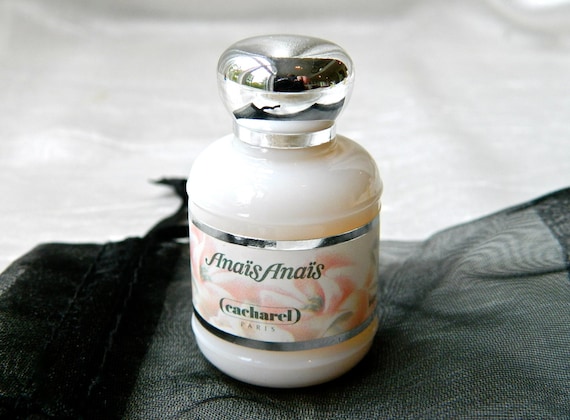 Sadly, Anais was diagnosed with cervical cancer in 1974.  She died  at Cedars-Sinai Medical Center in Los Angeles on January 14, 1977.

Her body was cremated, and her ashes were scattered over Santa Monica Bay in Mermaid Cove.  This brings me to my favorite Nin quote: Happy Birthday Anais! You were one of a kind. 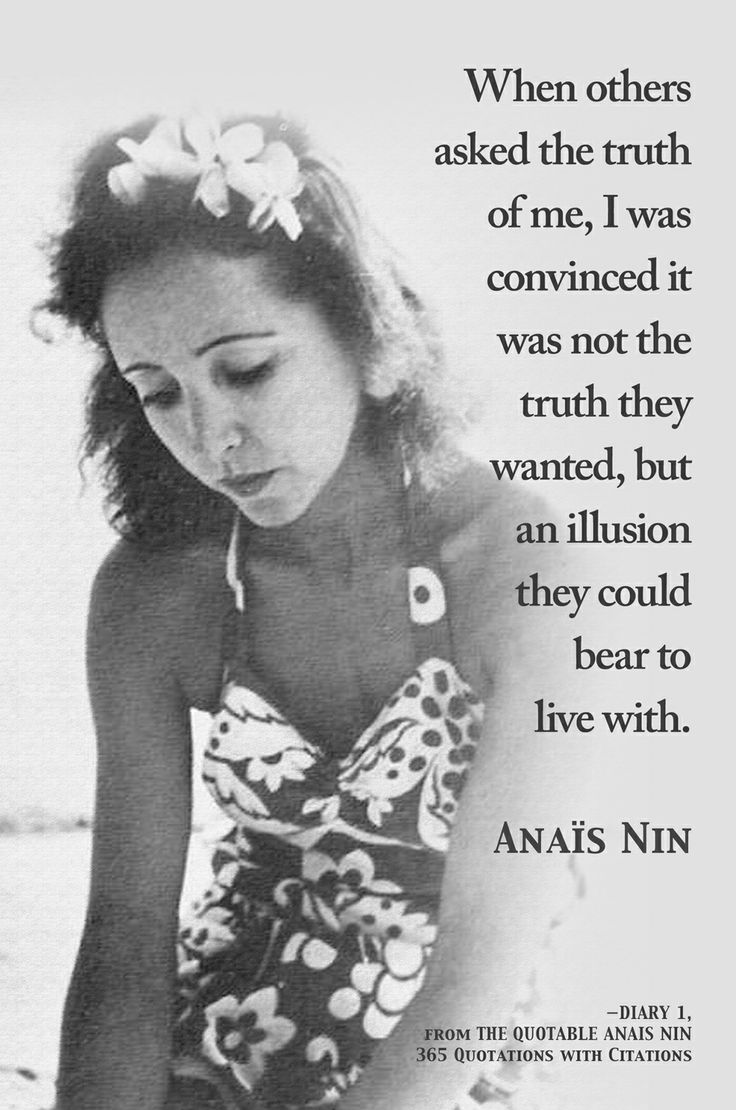