Hollywood can never get enough of witches! This Friday Feb. 19th marks the opening of Robert Eggers’ new horror flick, The Witch.  Judging from the trailers, this movie will apparently be another  ‘thriller’ about those evil  women who terrorized New England towns.

The origin of the scary-old-ugly –baby-eating witch was first described in books like  Malleus Malificarim (The Witches’ Hammer) and Daemonology.

The former –  Malleus Malificarum – was  written as a witch hunting manual by (you guessed it!)  church people.   Namely, two monks;  Heinrich Kramer and Jacob Sprenger.   Kramer and Sprenger were monks of the Catholic Dominican Order. (Apparently they never took the vow of poverty, as their book became a best seller, hot off the Gutenberg press.)   These two also happened to be Inquisitors for the Pope.  We know of course that NO ONE expects the Spanish Inquisition  🙂 but neither  did anyone expect the German Inquisition, which, in the 15th century was just as bad. The Burning Times of the 15th – 17th centuries were indeed akin to Nazi death camps.

The second most popular anti-witch promo book was written by King James I of England.  Daemonology  was a detailed study of the dangerous practices of witches. Apparently the king was an expert on this.  For more information on James and his book, please see my blog ‘Shakespeare and the Witches’.

And then of course there were the good old Salem Witch Trials, a devastating scar on America’s back which ended in the hanging deaths of nineteen innocent people and the jailing of hundreds.  Not to mention Giles Corey, a stubborn man who, upon never declaring his guilt, was crushed to death with boulders.

But back to Hollywood.   After all these centuries, they apparently still  cannot shake this image of the evil  witch.  Ah, quite alluring, isn’t it?  Not only the scary old hag casting a hex, but also the young beautiful vixen who may invade a man’s bed at night, forcing herself upon him.   Against his will of course.   Don’t laugh.  Bridget Bishop of Salem proper was actually accused of this.

Maybe some of the medieval witches actually WERE a bit evil.  I’d be evil if they came after me with a stick and a stake.  I’d be evil if they jailed me, took away my land and then made ME pay for my own room and board. This was, of course, in the luxurious rat infested cell, where women enjoyed sumptuous meals of brack-water and moldy bread, while they awaited an unfair trial.  Yes.  That was Colonial law in 1692.  Prisoners paid their own room and board.

Also, an interesting interview with The Witch film director  Robert Eggers can be found here.

If you are in the mood for some good campy (and free!) entertainment, be sure to check out ‘Häxan: Witchcraft Through The Ages’.  This is a silent film made in 1922.  You can decide for yourself the film’s intent, although I suspect it was to suggest the ridiculousness of witch persecutions.  Watch the entire movie here:

To further embrace your dark side: 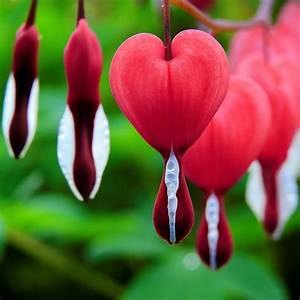