Today, April 11, we celebrate National Pet Day!  Of course, every day is a great day to celebrate our furry, winged, webbed and scaled friends.  I love all animals! And, as you might know, I am partial to cats.  In honor of Pet Day, I thought it might be fun to offer this quiz.

Cats come in all shapes, sizes, temperments and personalities.  Which breed of cat would best represent your soul?  Is your spirit cat the slick, refined Siamese? The wild and untamed Bengal? The tail-less Manx, the hairless Peterbald, or perhaps the exotic Scottish Fold?

Take the quiz to find out! Let me know your results.

My spirit cat is, apparently, the Maine Coon. Yeah, I can see that… totally.  Who wouldn’t want him for a soul-guide? 🙂

Main Coon: As a Maine Coon cat, you are the most noble and majestic of beasts. You know how to behave in front of people, you always know what to say and when to say it, and you can adapt yourself easily in new environments. You are polite, laid back, respect traditions, and love the people around you.

Happy National Pet’s Day! Always be kind to your pets 🙂 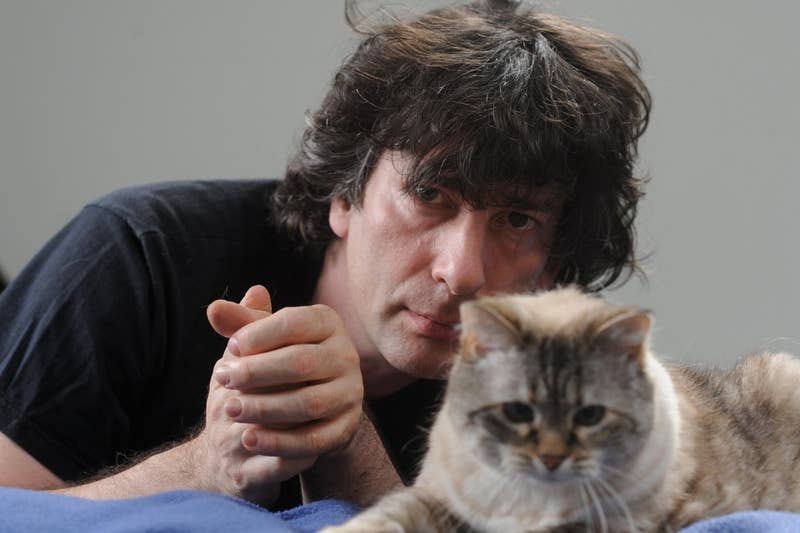 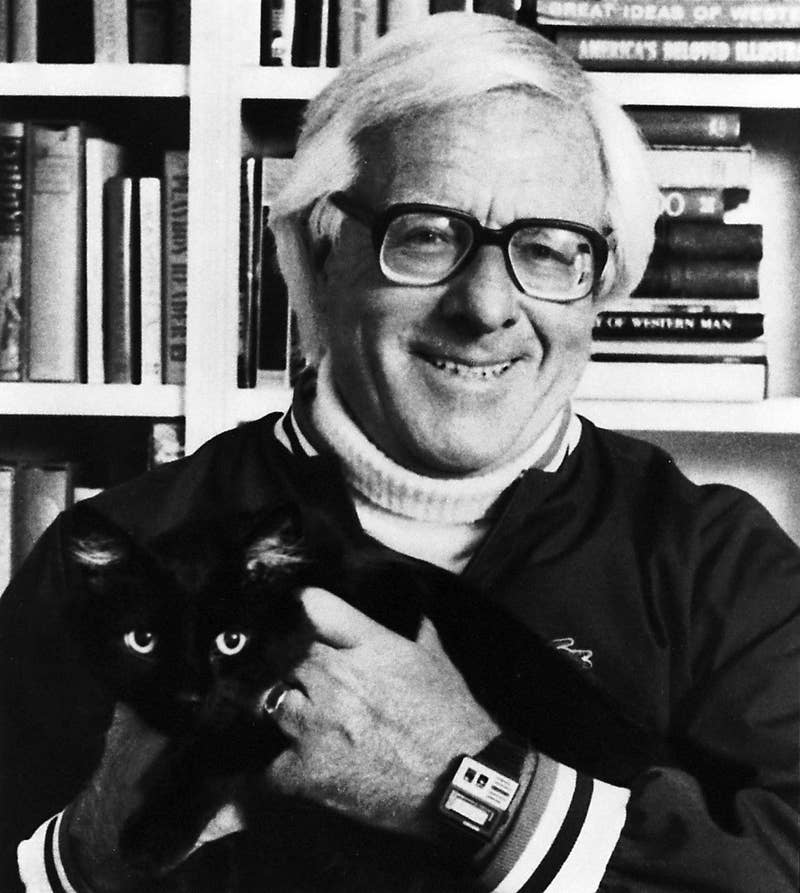 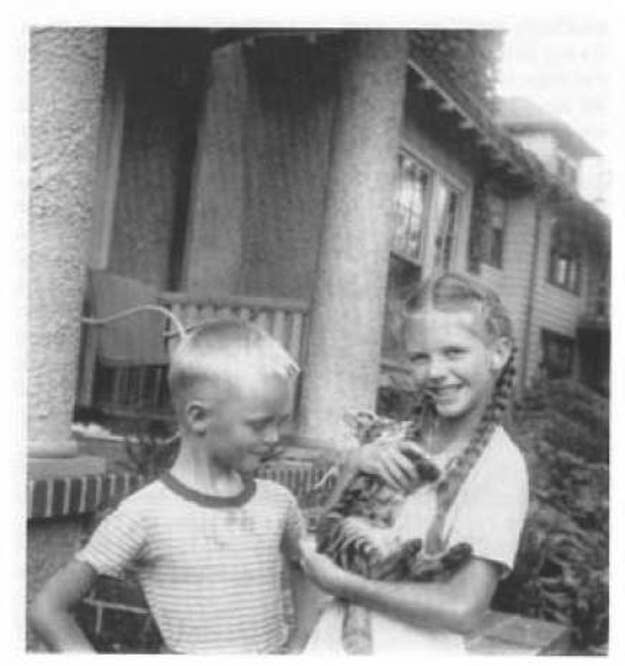 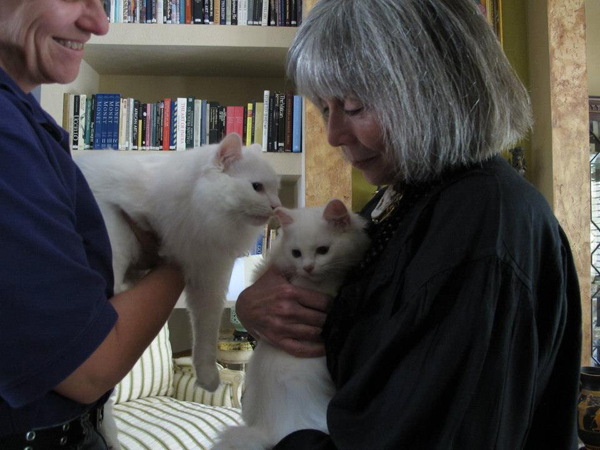 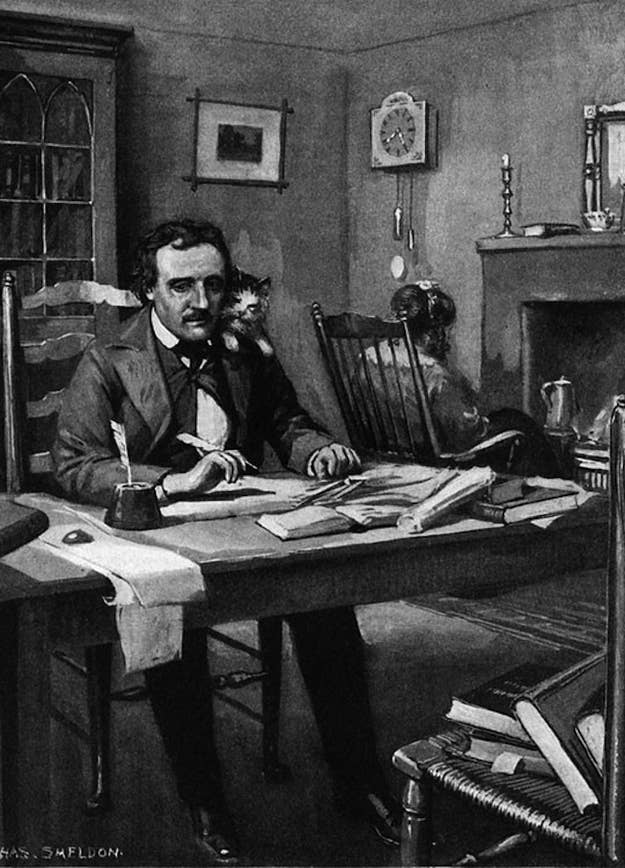 Jasper likes to hang out, lounge around and indulge guilty  pleasures on the weekends. He hopes you’ll do the same 🙂

“Cats know how to obtain food without labor, shelter without confinement and love without penalties.” — W.L. George

Lapland!  The very name conjures up images of  winter magic, glistening pine trees and husky-drawn sleds. This is the elfin north where the Snow Queen resides in her palace of ice. Wild wolves roam, caribou cross, and of course there are the dazzling Northern Lights, sure to inspire any imagination. Or any photographer.

In December of 2015, Marja-Terttu Karlsson of Pajala, Swedish Lapland took the above photograph. Much to her surprise, when she transferred it to her computer screen she was able to see a vivid and clearly depicted wolf, prowling there among the stars!

Ms. Karlsson displayed the photo on Facebook, where it quickly went viral. Observers have been skeptical of its authenticity, but Ms. Karlsson claims it is real and unaltered.

The Aurora Borealis — or Northern Lights — appear as grandiose displays of color in the night sky, most visible in Alaska and countries near the north pole. They are produced by solar winds colliding with the arctic atmosphere. In recent years, scientists and astronomers say there has been an increase in shapes and brightness within them, due to the sun’s activity.

Or… maybe mythology is true? The sacred wolf watches over us, almost unbeknownst to humankind except in such rare moments, caught on film.

What do you think?

Black cats are often feared, mistrusted and misunderstood.  For centuries they have taken on a soiled reputation and are often thought to bring bad luck. This theory seems most prominent in the United States. Perhaps because of Puritanical roots, or perhaps because of the color black itself — these cats have long been associated with all kinds of willy-nilly superstition.

It is time to dispel these myths! In truth, black cats are loyal, affectionate, funny and fantastic pets.  Historically,  black cats have been celebrated and revered in many cultures. In fact, these ebony beauties were thought to bring good luck in many parts of Great Britain and Asia. Consider the following:

“Whenever the cat of the house is black, the lasses of lovers will have no lack”  — Scottish Folk Saying

In Scotland, it was believed that a bride seeing a black cat on her wedding day would ensure a happy marriage.  Scottish folklore also states that a black cat found on your porch will bring financial prosperity. In Japan, a black cat was considered an all around good luck charm.

In Ancient Egypt, black cats were worshiped and revered because of their association with the goddess Bast.  Many pharaohs and queens owned black cats.

In modern times,  the engineer and professor of animal science Temple Grandin has spoken praises of black cats.  Grandin claims that there is a relationship between fur color and animals’ behavior.  Black cats, she says, are known to be more sociable and adaptable. A stray black cat is often more likely to make friends with strangers. In groups of cats, the black ones will often be more affectionate.

If a black cat has graced your life, you already know they are smart, with a great sense of humor!

Despite all of this, black cats are still the last to be adopted out of animal shelters. If you are in the market for a pet, please consider one of these dark lovelies.

“A black cat crossing your path signifies that the animal is going somewhere.” — Groucho Marx

A few days ago I came across an amazing story of a remarkable cat named BenBen. I immediately fell in love with this little kitty. Because so many of my followers are cat lovers, I thought I would share his story. (Be warned, you might cry. Tears of joy!)

In April, 2016, BenBen was brought to a shelter in Canada with multiple wounds – a broken spine, broken paws, several lacerations and a damaged ear – called a cauliflower ear.

No one knew what had happened to him but veterinarians speculated he may have been attacked by a bigger animal.  He was given several surgeries, but with little hope for a complete recovery. Because of his severe injuries, veterinarians said he would never walk again.  If he remained alive he would need extreme care, and it was unlikely anyone would be prepared to help him.  He was in fact, eventually deemed ‘unadoptable’ and scheduled to be euthanized.

BenBen was depressed, but to make things worse, he has a condition of excess skin on his face, which gives him a permanent mournful expression. (Still, he is so cute!) BenBen was called the ‘saddest cat in the world’.

As the days passed, BenBen grew more listless and sulky.  He refused to eat or drink. Shelter workers thought he was preparing to die. He was on death row and he knew there was no hope for him.

However, one kind-hearted soul met BenBen and could not allow his demise. Sandy Windover is an ER veterinarian who had assisted with BenBen’s care. She did not want to let him go, and just a few hours before BenBen’s scheduled euthanasia, arranged to adopt him.

BenBen went home to his ‘forever home’ with Sandy.  Even as a passenger riding in her car, he already began to perk up.

Once they were home, Sandy reports that he immediately (within one hour!) began to get better. He was moving, purring and snggling up to her.  Sandy got a special non-slip training mat to help assist BenBen’s recovery so he could strengthen his legs and learn to walk again.

Little by little, BenBen was rehabilitated. Now, not only can he walk, but he also plays and can fetch a toy! His appetite is great, and he is even known to sometimes snack  on pizza.

The resilience of animals never ceases to amaze me. The story of BenBen touched me so much because in part it reminds me of my own cat Jasper.

Jasper, like BenBen, had been taken into Chicago Animal Care & Control by a good Samaritan who found him in an alley. It was the dead of winter (and Chicago winters are brutal!) Jasper was half starved and suffering a respiratory infection that would have killed him if he had not gotten help. The veterinarians treated him, nursed him back to health, gave him all necessary shots, and within a few weeks Jasper was deemed ‘adoptable’.

However, no one wanted him. Jasper is a black cat and it is notoriously hard to get anyone to adopt black cats. Apparently, old superstitions die hard and many people still consider black cats to be ‘evil’ and bad luck.

Jasper had been sitting in his cage for six months when I walked in, specifically looking for a black cat. (My previous one had died a few weeks before.)  Needless to say, it was destiny!  The shelter workers were thrilled that I wanted him and confided to me that they would not have been able to keep him for much longer.

When I brought Jasper home his muscles were somewhat atrophied and he could not jump. I knew if I had to carry him around, or if he was less active than a normal cat, that would be okay.  However, within two days Jasper became Supercat, able to leap tall counters and kitchen sinks in a single bound!  He has a permanent soft voice due to his respiratory infection, and he rarely meows. We call him ‘the quiet man’ but in danger he has a mean hiss!

Although Jasper’s situation was in no way as severe as BenBen’s, both cats illustrate an important point – with a little love and care, animals can recover from horrendous situations and go on to lead happy, fantastic lives!

If you are thinking of adding a pet to your family, please consider a shelter animal. They are very loving and loyal, easily trained and resilient. Having seen the worst and overcome great hardships, your shelter pet will be so happy to have you!

Many people were moved by BenBen’s story. Here is one video to celebrate his new life!