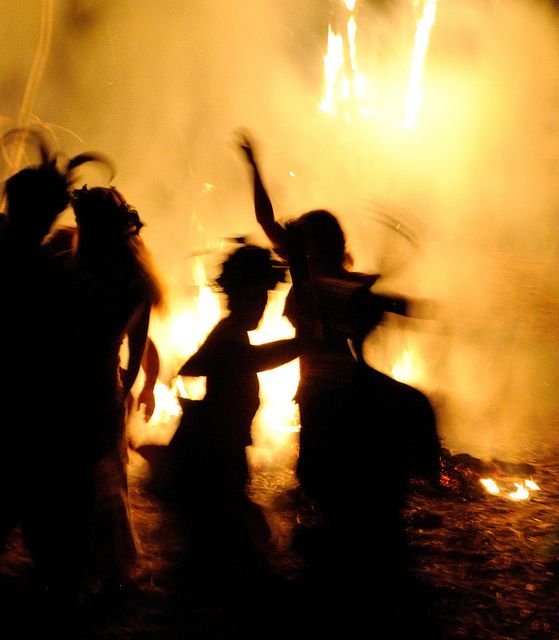 Upon Walpurgis Night we dare to dance

Ancestors seen (and unseen) in a glance,

they knock the wood of oak and broomstick flight

of transport into faerie’s eerie plight.

The velvet dark, the Pan of necromance,

to shed mundane illusion and all fright.

Hooves hard, the thud and crash of gritty prance,

Upon Walpurgis Night we dare to dance. Walpurgisnacht,  the Witches’ Night, is upon us! The veils are thin on this May Eve. Use your power, spells and concoctions to make your deepest dreams come true. Blessed Be.

“WalpurgisNight when the devil was abroad— when graves opened and the dead came forth and walked. When all evil things of earth and air and water held revel.” — from Dracula’s Guest by Bram Stoker.

I know, I know.  All you ghost and goblin lovers feel neglected at this time of year.  Horror aficionados begin lamenting as early as November. “Let’s plan for next Halloween!” they tell me.  However, you don’t have to wait that long! There is a holiday going on right now to appease your ghastly self, and it should not be ignored.

We all know of Beltane, the fire festival celebrated on May 1st. But the night before Beltane, called May Eve, Walpurgis Night or Walpurgisnacht, is a notable time for spooky celebration in its own right.

Just as Halloween/ Samhain marks the turning of the seasons, so does Walpurgis Night/ Beltane. In the Northern hemisphere we see the changeover from winter to summer, and in the Southern hemisphere from summer to winter. The cross quarter festival of Samhain corresponds exactly with Beltane, six months later in the wheel of the year.

It is a shoulder-season, marked by the quasi-reality of one thing merging into another.  Nature blooms or nature dies, depending on what side of the world you are on. During this time the veils are lifted, leaving us particularly vulnerable to the influences of all things other-worldly.  This includes, of course, the dead, the faeries, the vampires, the werewolves, etc. We should therefore prepare ourselves for hauntings, divination, costuming, scary movies and general mayhem.

What are the origins of Walpurgis Night, and what exactly IS a Walpurgis?

The festival of May Day was probably first celebrated by the ancient Romans.  At the beginning of summer,  the goddess Flora, a deity of vegetation and fertility, was honored with a five day festival. The celebrations ended in a blood sacrifice offered to Flora, as a way of ensuring she would make the land prosperous all summer long. The Vikings also had a version of this feast, as did the ancient Celts, Picts and Goths.

Later, in medieval Germany, May Eve was called Hexennacht or “night of the witches”. On this night the local wise-women would gather on the Brocken, the uppermost point of the Harz mountain range. There they would call upon spirits to bless the land and prepare it for summer. Hexennacht was a wild time of dancing, bonfires and fertility rituals, as well as spells and divinity.

As Christianity spread through Europe, the Church began to merge Christian and Pagan holy days.  May Eve became known as Walpurga’s Night. This was a festival to honor the Saint Walpurga, an abbess who was canonized on May 1st, 870.

It seems Walpurga herself was a great health advocate who protected people from rabies, pestilence and all sorts of diseases. She was not so different from the witches at Hexennacht. The two festivals were probably a bit interchangeable and may have coexisted side by side. Some Scandinavian stories even describe Walpurga as a type of Valkyrie, and have her joining Odin in his ‘wild hunt’ through the sky. However, in around the sixteenth century, when the Church decided to go crazy with witch hunts, they created a new legend and apparently appointed Walpurga as their guard dog against witches. The wise-women who had called for land blessings now  suddenly became suspect, as the Church linked them to the devil and Satanic myths. And of course, Walpurga’s feast day “just happened” to correspond to Hexennacht. The lines between good and evil were clearly plotted. Traditional bonfires became a tool to ward off ‘demonic’ witches. People were encouraged to fear, rather than embrace, the other-world and the lifting of the veils.

There was something so weird and uncanny about the whole thing that it gave me a turn and made me feel quite faint. I began to wish, for the first time, that I had taken Johann’s advice. Here a thought struck me, which came under almost mysterious circumstances and with a terrible shock. This was Walpurgis Night!

Walpurgis Night, when, according to the belief of millions of people, the devil was abroad—when the graves were opened and the dead came forth and walked. When all evil things of earth and air and water held revel. This very place the driver had specially shunned. This was the depopulated village of centuries ago. This was where the suicide lay; and this was the place where I was alone—unmanned, shivering with cold in a shroud of snow with a wild storm gathering again upon me! It took all my philosophy, all the religion I had been taught, all my courage, not to collapse in a paroxysm of fright…”

You get the idea.

In modern times, Walpurgis Night is celebrated in many European countries, including the Netherlands, Germany, Slovenia, Sweden, Lithuania, Latvia and Finland. The festivities include bonfires, dancing, dressing up in costumes, parades, feasting and music.

And so, if you find yourself  longing for a Halloween fix, despair no more!  Walpurgis Night is the perfect time to watch frightening films or create some witchy rituals of your own.  Go to the woods, light a bonfire, don a mask, bless the land. Whatever you do, feel free to celebrate April 30th with some good old fashioned horror, hallucinations, and of course hexes 🙂