“I wasn’t scared; I was just somebody else, some stranger, and my whole life was a haunted life, the life of a ghost.”
― Jack Kerouac, On The Road

Halloween is almost upon us. The veils are thin and our thoughts often turn to the dearly departed, the occult, spirits and worlds unknown. Have you ever wondered what sort of ghost you would be in the afterlife? This completely unscientific, just for fun quiz will let you know!

Let me know your results in the comments!

Apparently I would be a Banshee.

“You are the Banshee. An Irish ghost known for crying or screaming to warn people of a death in their family.”

With just three days to Halloween, I thought it might be fun to explore our ghostly potential! What type of spirit will you be when you go to the great beyond? Will you be vengeful or helpful? Scary or sentimental? Bloody of beneficent?  Take the quiz to find out! 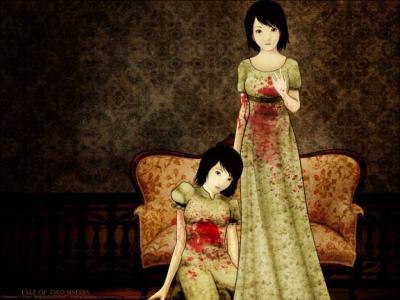 “You’re not here to hurt anyone. As a compassionate ghost, your mission in death is to help someone who is still alive. Maybe this is someone you loved in life, or just a stranger who needs you. To them, you could be a guide or a guardian angel. But in reality, you’re just a trapped soul doing something good for the sake of doing something good.
SCARE FACTOR: * 1 Star”

Seems I would not be very scary…

Let me know your results! 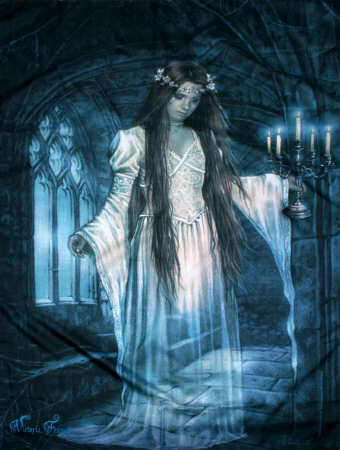 And just for fun, here is  a “ghostly song” by the Psychedelic Furs. Hope you like it!

Long before trick-or-treaters donned masks and Halloween became an international franchise, our Medieval ancestors had a different (and much more solemn) way of celebrating.  During these festivities, poor children went door to door, begging for cakes or bread in a tradition called ‘Souling’.

The basic idea was, you give the kid a cake and he or she says a prayer for one of your dead relatives. It was a win/win situation: a charitable donation for accumulated prayers.

Although Halloween/Samhain was originally a Pagan festival, when the Roman Church grew to power in the 4th century, it (like so many other Pagan celebrations) was hijacked and morphed to fit church traditions.

Hallowtide festivities in the Middle Ages took place over a period of three days, beginning on October 31 and ending on November 2. Three different holidays were  celebrated during this time.

All Hallows Eve (October 31st) was a day to honor deceased relatives.  It was customary to go to the graveyard, bring offerings of ‘soul cakes’ and wine, and commune with the dead, as veils to the otherworld were lifted. Visitors would light candles or bonfires and ring bells to help attract surreal  entities.

All Saints Day (November 1st) was a day to honor saints, while All Souls Day (November 2nd) paid tribute to ALL the souls of the departed.  On All Souls day, children would go door to door hoping to receive soul cakes.  Whenever you gave a child a cake, he or she then had an obligation to say a prayer or sing a song for one of your deceased relatives — who just might be doing time in Purgatory, waiting to enter heaven.

By giving out soul cakes, you could get extra prayers for your loved ones, thus keeping them from the clutches of Satan.

First recorded in the 5th century, the tradition of giving soul cakes continued on in some parts of England as late as the 1890’s.

So, what exactly was a soul cake?

Soul cakes took many different shapes and sizes. In some areas, they were simple shortbread, and in others they were baked as fruit-filled tarts. Some were an early form of French toast, making use of stale or day old bread to be given to the poor.  Ingredients, of course, were used according to what was most available in the community.

If you’d like to try your own hand a whipping up some soul cakes for Halloween, here are a few recipes.

Grind saffron, mix with butter and set aside. Cut centers out of rolls to make a little bowl, reserving removed breadcrumbs. Mix eggs, currants, butter mixture, ginger, cinnamon and salt. Pour over breadcrumbs (which preferably has been dried out first) and stir carefully until all bread is evenly coated. Stuff rolls with mixture. Put about an inch of water in the bottom of a large pan and bring it to boil. Then put in the rolls, reduce heat, and simmer for 15 minutes with the pan tightly covered. Remove immediately from water with a slotted spoon and serve hot.

If you’d like a more modern recipe, try these:

Roll out the pie crust and cut it into circles. Use the circles to line a tin of muffin cups. Mix the butter, fruit and honey together. Scoop the fruit mixture into the pastry shells, and then bake for 15 minutes at 375 degrees. Allow to cool for about ten minutes before eating.

Your trick or treaters will no doubt be delighted!

On the other hand, parents will be suspicious of anything hand made and not wrapped… so you may want to keep your soul treats all to yourself 🙂

And finally! For your listening pleasure, here is a lovely version of the Soul Cake Song, performed in Medieval ballad style by Kristen Lawrence. Hope you enjoy it!