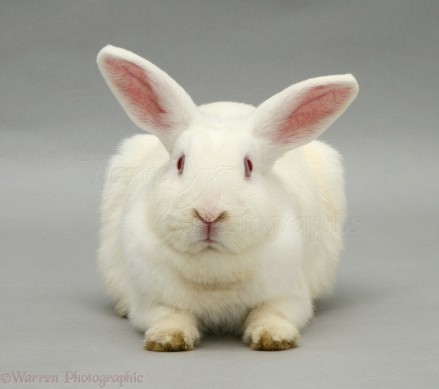 Do you say  ‘White Rabbit’ on the first day of the month?  In my family we have  this tradition. We do it as a fun competition. The first one to say it wins.  (We don’t actually win anything — but if you say it first you are the smartest smart guy and get to feel superior to the others. )

I got to thinking about this tradition and wondered if anyone else practiced it, where it came from, and if it makes any sense at all. Actually, it always made sense to me, because as an Alice in Wonderland fan, I knew Alice found all her adventures by  following the White Rabbit! 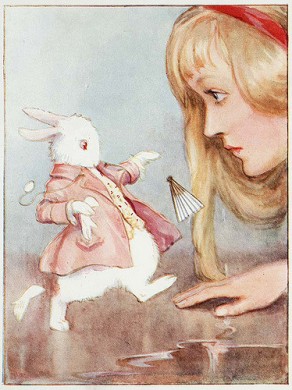 I did some sleuthing and found out that the rabbit utterance  apparently  started out as an ancient Celtic tradition.  It was used  at the beginning of the lunar month to honor the sacred animal. This animal was not exactly a rabbit, but something other-worldly that resembled a rabbit.  The image of this rabbit-like animal could then be found in the full moon.

In some parts of Scotland and northern England, children are still taught to say ‘White Rabbit’ at the beginning of the month as a magic charm to attract money through unexpected means.

This quote comes from a ‘Notes and Queries’ book dated 1909:

“My two daughters are in the habit of saying ‘Rabbits!’ on the first day of each month. The word must be spoken aloud, and be the first word said in the month. It brings luck for that month. Other children, I find, use the same formula.”

Interestingly, the tradition was also adopted by RAF bomber aircrews in WWII, who believed uttering ‘white rabbit’ as their very first words upon awakening would keep them from harm.

I found this quote from the 1922 novel  ‘Solomon in all his Glory’ by Robert Lynd:

Try it and let me know if it works for you!