Today, April 21 is “National Tea Day” in the UK.  It also happens to be the 92nd birthday of Queen Elizabeth II. It seems a day could not be more authentically British. In honor of this I am wishing all my friends in the UK (and tea drinkers everywhere) a Happy National Tea Day!

No tea celebration would be complete without stopping by what is perhaps the most famous tea drinking occasion in history – Alice’s Mad Tea Party. 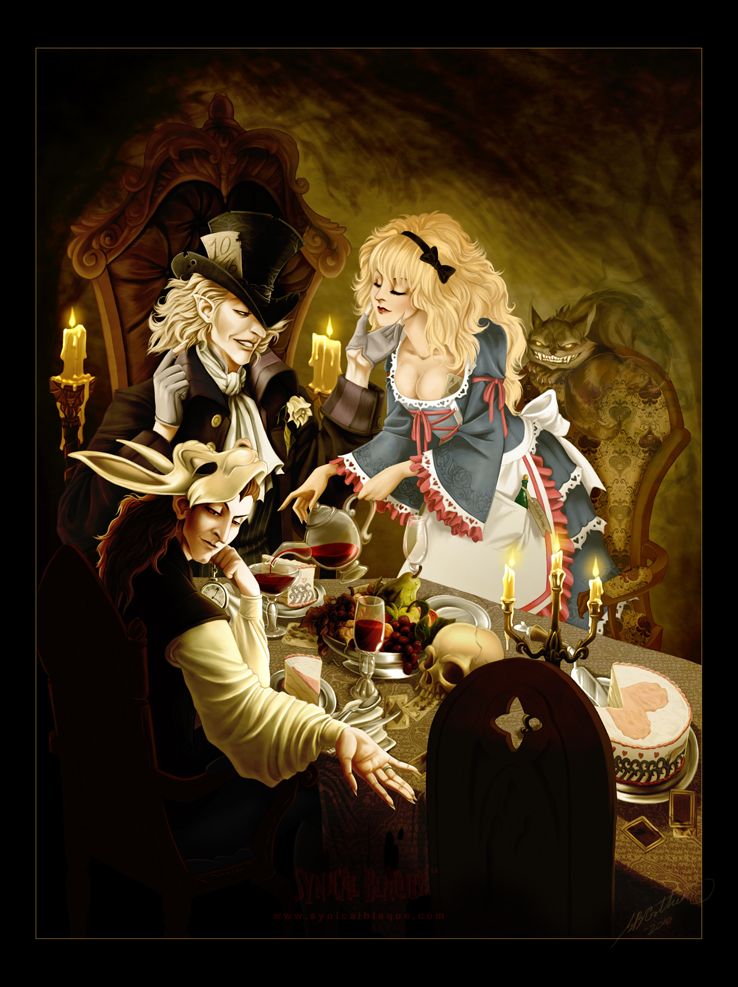 After chasing the White Rabbit down his hole, Alice encounters the Cheshire Cat,  who tells her she will definitely be meeting up with mad people. It’s unavoidable.  ( “We’re all mad here,” the Cat assures Alice. “I’m mad, you’re mad.”) Alice  asks the Cat how he knows she is mad. “You must be,” he replies, “Or you would not have come here.”

Alice then wanders upon a tea table in the middle of the forest.

There was a table set out under a tree in front of the house, and the March Hare and the Hatter were having tea at it: a Dormouse was sitting between them, fast asleep, and the other two were using it as a cushion, resting their elbows on it, and talking over its head. `Very uncomfortable for the Dormouse,’ thought Alice; `only, as it’s asleep, I suppose it doesn’t mind.’

*** We know right away there is going to be trouble. The March Hare is a wild animal, known for his crazy antics during mating season. The sleeping Dormouse seems pretty benign, but watch out for the Hatter, as they were known at the time to have some mental deficiencies due to mercury exposure involved in the process of making hats.

The table was a large one, but the three were all crowded together at one corner of it: `No room! No room!’ they cried out when they saw Alice coming. `There’s plenty of room!’ said Alice indignantly, and she sat down in a large arm-chair at one end of the table.

`Have some wine,’ the March Hare said in an encouraging tone.

Alice looked all round the table, but there was nothing on it but tea. `I don’t see any wine,’ she remarked.

`There isn’t any,’ said the March Hare.

`Then it wasn’t very civil of you to offer it,’ said Alice angrily.

***  Alice is only seven years old. Good thing the Hare did not actually have any wine to offer her. Today he might be arrested for child endangerment.

The Hatter opened his eyes very wide on hearing this; but all he said was, `Why is a raven like a writing-desk?’

*** Again, the mercury exposed Hatter is known to be wacky.

`Come, we shall have some fun now!’ thought Alice. `I’m glad they’ve begun asking riddles.–I believe I can guess that,’ she added aloud.

`Do you mean that you think you can find out the answer to it?’ said the March Hare.

`Then you should say what you mean,’ the March Hare went on.

`I do,’ Alice hastily replied; `at least–at least I mean what I say–that’s the same thing, you know.’

`You might just as well say,’ added the March Hare, `that “I like what I get” is the same thing as “I get what I like”!’

*** The study of “meaning what you say” and “saying what you mean” is an interesting one. Carroll shows us how just a few words of juxtaposition can give a completely different meaning. Try it yourself, just for fun! “I know who I am — I am who I know? I believe what I see — I see what I believe? We are what we eat — we eat what we are?” Yes, it should drive you a bit mad 🙂

`Have you guessed the riddle yet?’ the Hatter said, turning to Alice again.

`I haven’t the slightest idea,’ said the Hatter.

*** The riddle is never actually solved, but I heard a possible answer: Why is a raven like a writing desk? Because Poe wrote on both.

What follows is a discussion of time in which the Alice states she must beat time in order to learn music. The Hatter insists that time is a ‘he’ not an ‘it’. Furthermore: ‘He won’t stand beating. Now, if you only kept on good terms with him, he’d do almost anything you liked with the clock. For instance, suppose it were nine o’clock in the morning, just time to begin lessons: you’d only have to whisper a hint to Time, and round goes the clock in a twinkling! Half-past one, time for dinner!’

Finally Alice can take it no longer. She gets up and leaves.

`At any rate I’ll never go there again!’ said Alice as she picked her way through the wood. `It’s the stupidest tea-party I ever was at in all my life!’

Contrary to Alice’s belief (and providing we don’t dine with Hatters) more tea drinking would probably be good for us. Tea is full of anti-oxidants and is known to boost our immune systems. According to sage wisdom, tea with honey is great for soothing sore throats. Besides that, many cultures celebrate tea drinking with particular rituals and ceremonies. 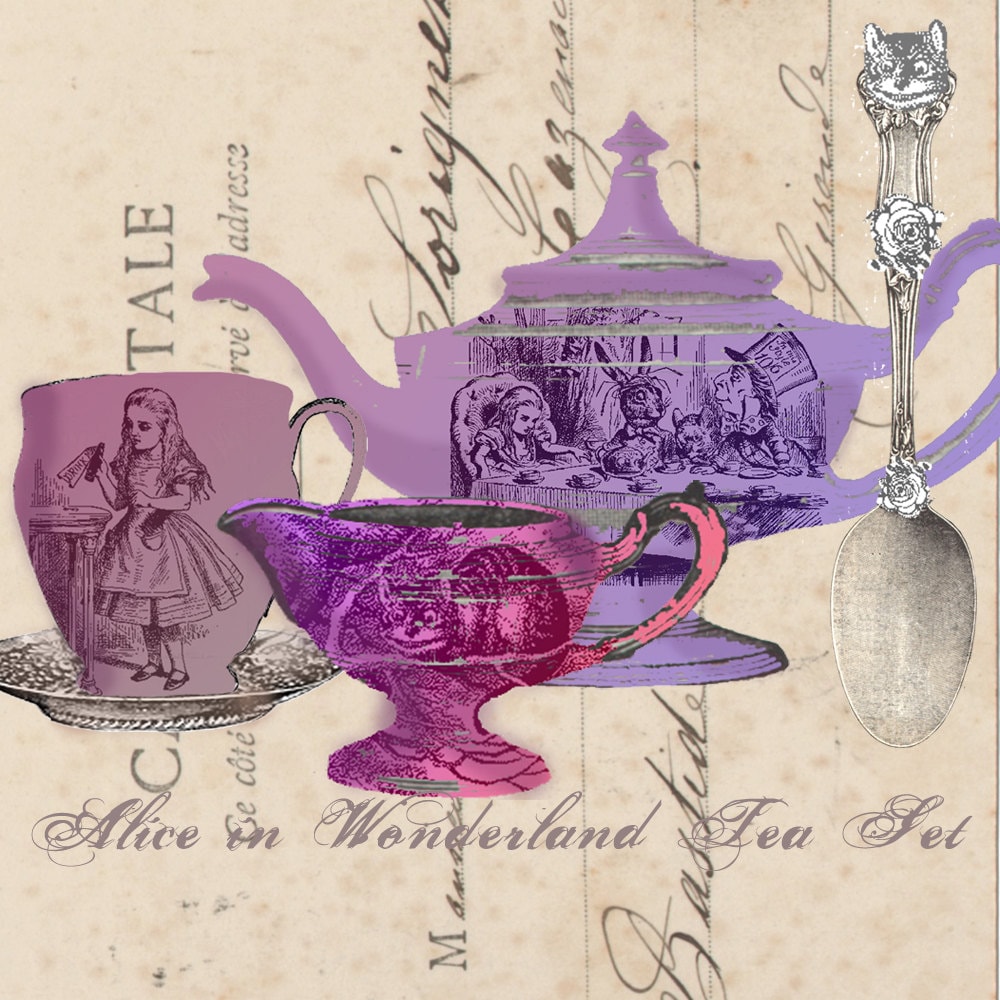 A tea ceremony is like a meditation — time set aside for rest and contemplation. In fact, tea drinking could probably bring about more civility, peace and sanity for us all.

Whatever you do today, take some time out to enjoy a nice cup of tea 🙂