Today, September 22, marks the second harvest festival in the northern hemisphere, usually called the Autumn Equinox. This is the balance between dark and light, the one day of the year when we have twelve hours each of daylight and night.

On the Wheel of the Year, this Sabbat is sometimes called Mabon. (And some folks adamantly argue that it should NOT be called Mabon.) I thought it would be fun to look at some of the names for this holiday, their origins, and help you choose one that resonates with you. So in case you don’t like Mabon, don’t worry! There are several alternatives.

The name “Mabon” is not official, nor is it ancient. In fact, it has only been in the vernacular for about fifty years or so. Back in the 1970’s a writer named Aidan Kelly came up with it. Apparently he found it in the Mabinogion Collection as he was searching for a myth that (sort of) corresponded to Persephone’s descent into the Underworld.

According to Kelly, “It offended my aesthetic sensibilities that there seemed to be no Pagan names for the summer solstice or the fall equinox equivalent to Ostara or Beltane—so I decided to supply them… I began wondering if there had been a myth similar to that of Kore in a Celtic culture. There was nothing very similar in the Gaelic literature, but there was in the Welsh, in the Mabinogion collection, the story of Mabon ap Modron (which translates as “Son of the Mother,” just as Kore simply meant “girl”), whom Gwydion rescues from the underworld, much as Theseus rescued Helen. That’s why I picked “Mabon” as a name for the holiday.”

In Celtic mythology there is also a god called “Maponus”. His name has been translated as “divine son”. Some ancient writings also address him as “Apollo Maponus” therefore identifying him with Apollo, the Greek god of the sun. However, as a sun god, some folklorists argue he should have been associated with the Winter Solstice (return of the sun) rather that the Equinox. Which brings us to some other alternatives…

The equinox is also known as the Feast of Avalon. The Isle of Avalon – also called the Isle of Apples — is the magic island of Arthurian legend. It is associated with Glastonbury, hidden beneath the mists and not visible to the human eye. King Arthur was taken there after his death. It was at Avalon that the enchantress Morgan La Fey, along with her eight sisters (Moronoe, Mazoe, Gliten, Glitonea, Gliton, Tyronoe, Thiten and Thiton) healed Arthur and brought him back to life.

It is believed that Arthur will one day return again to be the future king of Great Britain.

The Isle of Avalon can definitely be associated with this time of year, as it relates to death, and all things in nature begin dying. Also, it is appropriate for its association with the apple harvest. The apple itself is a symbol of beauty, life, immortality and healing.

Did you know there is also a secret pentagram within the apple?

If you cut an apple in half, you will find five points. These represent the five elements of Earth, Air, Fire, Water and Ether (or Spirit). They also represent the directions of East, West, North, South and Within.

In Norse mythology, the Autumn Equinox is called Gleichentag, which means “Even Day”. The festival honors Sif, the Norse goddess of grain, for the harvest she has provided and also the god Thor, for his protection of the crops.

Sif is known as the Golden Goddess, named for her long golden hair. The Edda states that Loki, the trickster god, once deceived Sif by cutting off all her hair while she slept.

When she woke up, Sif was horrified to find herself bald. She immediately sent Loki to the Elves and he had them create a new head of hair. The new hair was magic and golden, the color of wheat. It gave Sif dominance over crops and the harvest.

The Vikings knew winter was coming. The Even Day of light and dark was an important time to celebrate Sif’s bounty, and give thanks for all the food that had been stored for the upcoming cold season.

Stab It With the Steely Knife…

In another Germanic/ Scandinavian tradition, the Autumn Equinox was called Haust Blot, meaning “Autumn sacrifice”. The first animal to be sacrificed was slaughtered on the equinox and eaten as a meal with the whole community.

This was a time to pray and thank the “landvaettir” – the spirits of the soils and land, for their bounty. People also prayed to the Elves and the goddess Freya, who worked along with the land spirits to keep the soil fertile.

When people left the celebration, they lit their torches from the communal bonfire and took the flame home to light their own hearths. (This may or may not have been the inspiration of the modern day Olympic torch, but it sound pretty similar to me!)

In Slavic tradition, the modern Autumn Equinox is called Dożynki, meaning “to reap”. It is currently celebrated in Poland and other Eastern European countries. Celebrations include dancing, feasting and parades.

Interestingly, Slavic folklore held the belief that the world was organized according to the oppositional, yet complementary cosmic duality of light and dark. This was expressed through the Belobog (“White God”) and the Chernobog (“Black God”). These deities collectively represented the  heavenly-masculine and earthly-feminine, and also the waxing and waning of light in relationship to seasons. Therefore, the equinox was an extremely important time.

Villagers celebrated by baking a giant pancake made of wheat. It was believed that the larger the pancake, the better the harvest for next year was guaranteed to be. Grains of wheat were also woven into wreaths and decorated with flowers. The wreaths were a central part of the celebrations. They were stored over the winter and used in the spring as a gift to the land in exchange for good crops.

There is a sketchy mythology around which deities were honored, but here are a few: Marzana, the rural goddess of winter and death (also personified as the witch Baba Yaga). Mokosh, the goddess of grain, earth, the harvest, and weaving. Uroda, the goddess of ploughed land, and Karna, the goddess of funerals.

Regardless of what we decide to call it, the Autumn Equinox is a sacred time. There are several ways you can celebrate.

It occurs to me that we, as human beings, are all some combination of light and darkness. The task is to balance the two, without letting either one have the greater power. Too much darkness will engulf us into the depths of fear and depression. Too much light will make us blind.

The light is active, warm, affirming and life-giving, but excessive sun will give us sunstroke. The night is silent, contemplative and restorative, but too much darkness will cause inertia.

At no time of year are these truths more evident than at Equinox, when light and darkness occupy an equal number of hours in one day.

The light and darkness can also be compared to personalities. Somewhere along the line, darkness got a bad rap. This of course, is vastly unfair. It is true that no one likes “morbid Morticia”. She is rude, harsh, abrupt, maybe revealing a bit too much of the cold, hard truth. 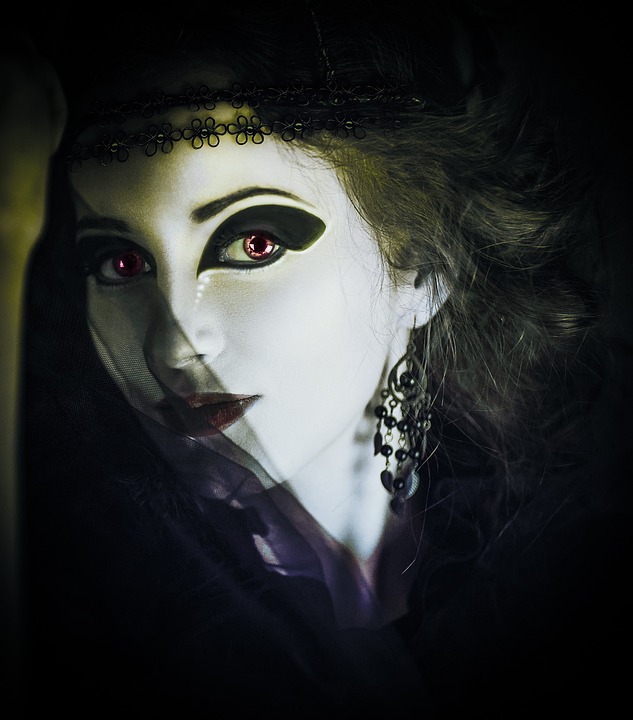 However, the sugar coated “positive Pollyanna” can grate on our nerves as well. She is too happy. We are jealous. Who lives in a 24 hour sunshine? We want revenge!  Can she be for real?

Think whatever you want about morbid Morticia, but she has some wicked, hidden secrets to reveal. Are you interested? Of course you are! She is the night, the wisdom, the no-holds-barred exposure of the soul. Positive Pollyanna can keep these harsh truths in perspective. She is the illumination, the goodness and the gentleness, forever reminding us of our light within. We need both of them. 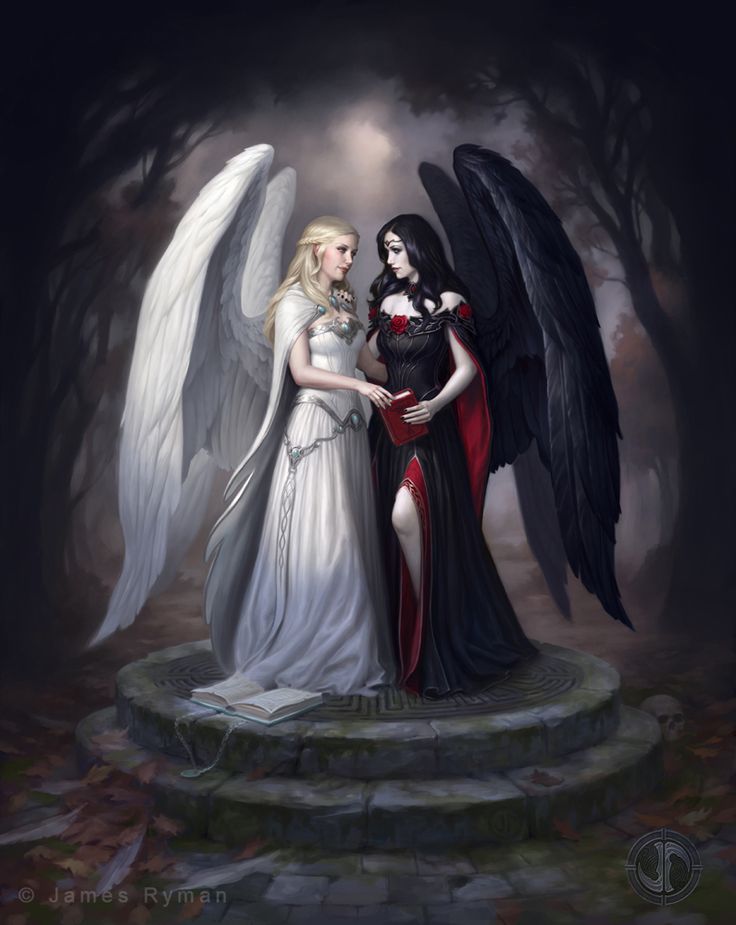 “To light a candle is to cast a shadow.” — Ursula Le Guin

There is an ancient Taoist belief that all of nature is a reflection of humanity, and vice-versa. We humans are more like the elements of nature than we might suspect.  Our life cycles stand parallel to those of plants and flowers, going through the same phases of Maiden, Mother and Crone. Therefore, if we seek to heal anything within ourselves, we need only look to nature for the solution.

At this Equinox, take some time to reflect on and embrace both the darkness and the light within yourself.  Blessed be!

September is perfect for pumpkin picking.

Today we see an equality of day and night, yet soon the darkness will overtake us.

The earth tilts. Persephone descends to the underworld once again, leaving dead crops and barren fields. This is the time of the dark goddess. Call her Morrigan, Hekate, Hel, Mab, Cerridwen, Lilith.  She rules all things subconscious.  She is neither mother nor maiden.  She is the mighty huntress, the warrior, the crone, the sibyl, the healer, the high priestess.  Her wisdom is deep. She invites us to go  within, explore shadows, face personal darkness as the long nights scare and tempt us.

“Black were her eyes as the berry that grows on the thorn by the wayside,
Black, yet how softly they gleamed beneath the brown shade of her tresses!
Sweet was her breath as the breath of kine that feed in the meadows. When she had passed, it seemed like the ceasing of exquisite music.”

Autumn’s equinox is the perfect time to begin ritual with the dark goddess.  You may find her in the stillness of the forest, in the fading summer twilight or in the harvest moon.  She is mysterious, unpredictable. She bids, she beckons, but most of all she haunts. This is the season of death, and in all death lies transformation. For those who dare to explore the dark side, magnanimous gifts await. The dark goddess helps us break through fears, anxieties, phobias.

Breathe deep. Take in the essence of autumn — ripe fruits, acorns, crackling fires, candlelight.  Meet the Morrigan on a raven’s wing or journey with Persephone across the River Styx. Energy is transformed in the scarlet  hues of falling leaves as they crumble and return to the earth.  Energy is transformed in the foods we eat at harvest. Our bodies regenerate in the long winter’s sleep. Meditate with the goddess and allow her to help transform negative energy for positive purposes. Our doubts and fears can become confidence and strength.

Relish the golden days of autumn.

“That time of year thou mayst in me behold
When yellow leaves, or none, or few, do hang
Upon those boughs which shake against the cold,
Bare ruined choirs, where late the sweet birds sang.
In me thou see’st the twilight of such day
As after sunset fadeth in the west;
Which by and by black night doth take away,
Death’s second self, that seals up all in rest.”

Have a Blessed Autumn Equinox!

sleep jumps from the tilt of the sky.

Have a Blessed Mabon.