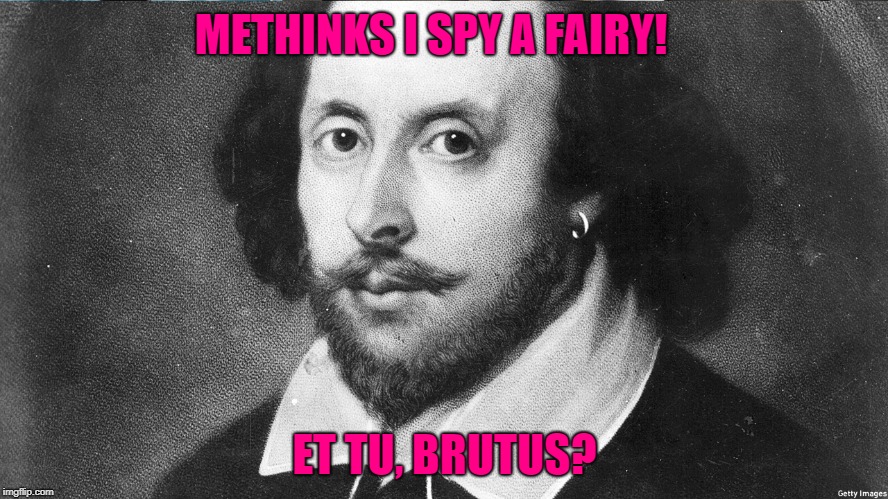 Shakespeare was a believer. Are you?

June brings a long line of holidays. Not only do we have the Solstice, but also Saint John’s Eve (June 23), International Pink Day (June 23) and finally, the grand slam, June 24, International Fairy Day!

It’s a heady time of year.  Everything is in bloom, the seasons are changing, the air is full of lush, hypnotic smells and the veils are lifted. Everyone gets a little crazy.  Poets dream and lovers love. June is still the most popular month for weddings.

Ever wonder where we get the name ‘honeymoon’? Honey that is gathered under the full moon in June is said to be the most potent. In Medieval times it was used to make a magical mead served at weddings, specifically designed to bless the newlyweds.  Hence the name ‘honeymoon’. The magic of the month did not escape Shakespeare. In A Midsummer Night’s Dream, he created three weddings and a reunion between Oberon and Titania, the Fairy king and queen.

Shakespeare had a lot of inspiration.

In the sleepy, backwoods town of Stratford, fairies were never far away.  Folks believed in  all kinds of superstitions, including changelings. Fairies were said to kidnap healthy human children and in place of them leave a sickly ‘changeling’.  Boys were particularly in demand, and families took precautionary measures to guard them.

Terrified that the fair folk would come and kidnap their male children, mothers in Stratford kept their sons dressed in gowns and did not cut their hair till the child’s seventh birthday! (Seven being the age of reason.) The boy was then finally put in pants. This was called ‘breeching’. They even had a little ceremony for it.  (Apparently, they thought the fairies would somehow miss this…) 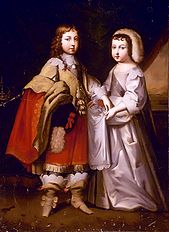 Have you ever wondered about those weird, overlapping, thatched Tudor roofs? Well, there’s a fairy superstition behind them! Some historians say that overlapping roofs  were designed to block the moonlight. This was because people believed the fairies could manipulate moon’s energy to cause insanity — or at least pixie-lead them for the night. The fairies could cause illusion, make you mad, turn you into an animal or bring you into the Other-world.

And then you never know what might happen!  Titania has been known to trap a man or two in her bower…

But it wasn’t all bad. Shakespeare’s fairies may have gotten a bit mischievous, yet they always gave a blessing in the end. Indeed, some of the fairies were more humane than humans! (At least they did not stab Caesar in the back…)

TITANIA: “First, rehearse your song by rote
To each word a warbling note:
Hand in hand, with fairy grace,
Will we sing, and bless this place.”

OBERON: “Now until the break of day,
Through this house each fairy stray.
To the best bride-bed will we,
Which by us shall blessed be.” — A Midsummer Night’s Dream, V.I

For more about fairies, witches, aliens, and their symbiotic relationships, click here.

Have a fantastic fairy day, and count your blessings!