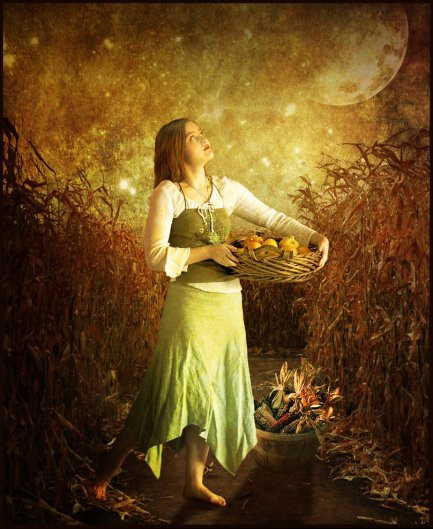 Happy August! As the golden sun winds down and the days ever so slightly grow shorter, we find ourselves in the midst of the first harvest feast also known as Lughnasadh or Lammas. This is a cross quarter festival which falls midpoint between the Summer Solstice and the Autumn Equinox in the northern hemisphere.

Some folks call this holiday “Lughnasadh.” Most folks call it “Lammas.” That is probably because Lughnasadh is a mouthful to pronounce. Plus it has a weird spelling. Most people are intimidated by the very sight of the word. Some folks might remember the old movie with Meryl Streep called “Dancing at Lughnasa” and they try to pronounce it.

Lughnasadh (also spelled Lughnasa) is pronounced LOO – NAH -SAH. Lammas is pronounced LAH-MIS. The two festivals are similar, and although they are celebrated on the same day, they are not exactly the same.

Lughnasadh dates back to prehistoric times. The name “Lughnasadh” is derived from the Celtic sun god Lugh. (Pronounced LOO.)  The name Lugh literally means “The Shining One”. As the sun god, Lugh’s special mission was to make sure the sun stayed under control and did not burn us up. Hence, this time of year, with the sun’s first fading, is associated with him.

But Lugh was more than a mere sun god.  He was also the patron of all craftspeople, including metalworkers, musicians, magicians, healers, and warriors. 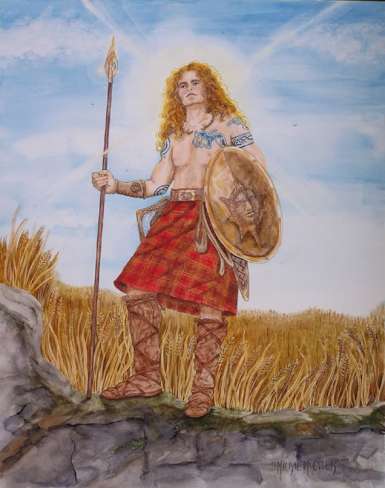 As a Jack of All Trades, Lugh covered a lot of territory and was an extremely popular god. He was the elected King of the Tuatha Dé Danann, the tribe of Fair Folk.  Lugh was a master builder, harpist, poet, warrior, sorcerer, metalworker, and physician. He was also extremely beautiful and eternally youthful.  It’s easy to see why he was worshiped and loved throughout the Celtic world.

Lugh has an interesting history which is necessary to tell in order to fully understand how Lughnasadh came to be.

Although Lugh was obviously a golden child, the circumstances of his birth were weird. His father was Cian of the Tuatha Dé Danann, and his mother was Ethlin, daughter of Balor, of the Fomorians. It should have been a great match, uniting the two tribes. However, there was one severe problem; Ethlin was forbidden, by her father Balor, to ever  have children. This was because Balor had once been given a prophecy from a sorcerer that his own grandson would kill him.

Balor’s solution? Simply lock his daughter in a tower and keep her away from all men. Needless to say, it did not work. Ethlin had already fallen in love with the powerful and dashing Cian. He, using sneaky Rapunzel tactics, found ways to get into that tower.

When Ethlin became pregnant, the Tuatha Dé Danann knew there would be trouble. Balor would seek to kill the baby.  And so, Cian and Ethlin were whisked away to a nearby island. When Lugh was born, he was given to the harvest goddess Tailtiu (pronounced TAL-TU.)  It was she who raised the baby Lugh, and turned him into the fine young man he became.

Alas, poor Tailtiu! She had a lot of work to do. As grain goddess, she had to clear all the fields of Ireland for planting, then reap the harvest. As she grew older the burden became too much. One morning on the first of August, the poor goddess collapsed from exhaustion and died. 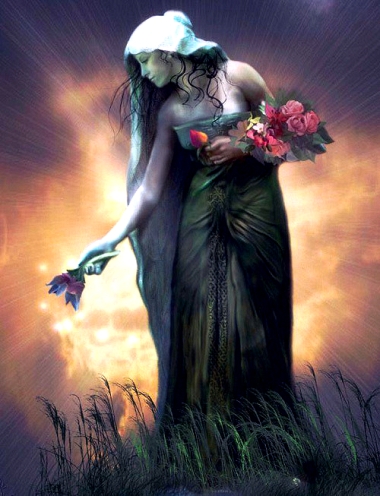 Lugh wanted to honor his foster mother. She had requested that only celebrations, with happiness and no grieving, should commemorate her death. And so Lugh held a great harvest feast. There were games, drinking and merry-making. (Arguably this could have been the first Irish wake. These wakes were known to last days on end, mired in celebration.)

Perhaps this festival should have been called “Tailtiuanasadh.” (That would have been an ever bigger tongue twister!) But instead it was named after Lugh, the beloved god who threw the party. It is always associated with the harvest, as Tailtiu was a grain goddess and Lugh was the god of the waning sun.

Lammas — All About the Bread

Some time in the 4th century AD, the Emperor Constantine advanced Christianity in Roman dominated Europe and the British Isles. A lot of Pagan practices, as followed by the Celts and other tribes, were outlawed. The festival of Lughnasadh was probably forbidden, or at least it went underground. However, the first harvest morphed into a new holiday called Lammas.

The word Lammas literally means “loaf mass”. This made sense because, as wheat was harvested in late July and early August, a lot of bread baking took place.  Lammas-tide was not just a one day festival, but was considered more of a baking season. It began on August 1st and lasted for a few weeks.

What’s In a Name?

Lammas also has an interesting history and entomology. In medieval times the feast was sometimes known in England and Scotland as the “Gule of August”.  The true meaning of “gule” is unknown, but in Welsh there is a term Gŵyl Awst which means “feast of August”. Gule may have just been an alternate spelling. The word gule is also associated with “gullet”. This also makes sense, as all that bread goes into the gullet!

In the medieval agricultural year, Lammas also marked the end of the hay harvest that had begun after the Midsummer Solstice.  At the end of hay-making the tradition was to release one sheep into the meadow. (A rarity because this was not lambing season.)  Anyone who could catch the sheep could keep it. This leads to the suggestion that “Lammas” could also have been derived from “lamb mass”, an additional celebration at the harvest.

“Even or odd, of all days in the year,
Come Lammas-eve at night shall she be fourteen.” Thus, the festival of Lammas was well known and would have been easily recognizable to Elizabethan audiences.

Regardless of how the words and legends came to be and to be remembered, one thing is certain: Lugnasadh/ Lammas is a great time of year to celebrate!

We may not all be farmers, and we do not live as close to the land as our ancestors did, but there are still many ways to honor the harvest.  Even the modern day city dweller can hit the local farmers market for some corn on the cob, or the local bakery for a fresh loaf of bread. (Or if you are skilled in the kitchen, bake your own!)

Have some fun today, and also over the next few weeks as “tide” sets in. Thank the earth for her abundance. Thank the overlooked goddess Tailtiu for her hard work and sacrifice. Create an altar dedicated to Lugh, Tailtiu, or Mother Earth.  Offerings could include corn, tomatoes and berries. Candles could be yellow and orange, the colors of the sun. Carnelian, amber, citrine and other yellow crystals are great decorations. Sunflowers are always perfect, as are marigolds and daisies.

Whatever you do to celebrate, have a safe, happy and healthy Lunasadh/ Lammas-tide! Blessed be. 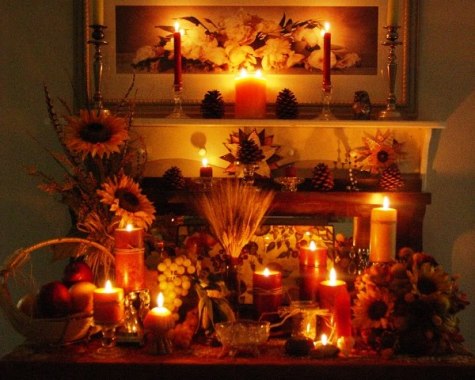