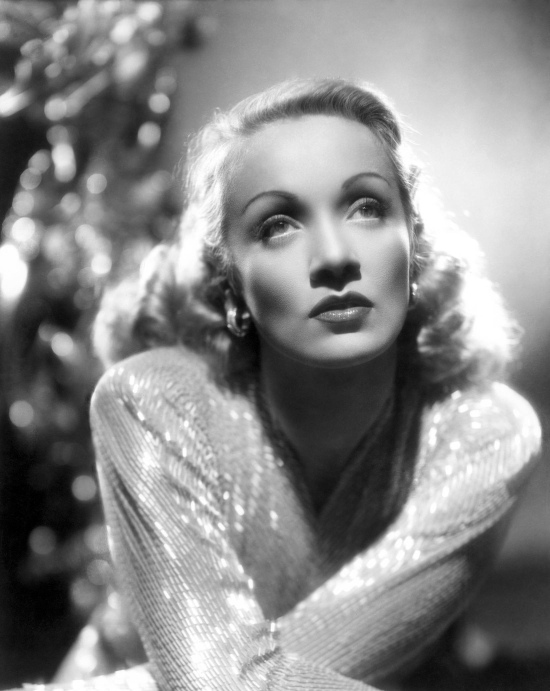 Decades before  Madonna shocked audiences by planting a kiss on the unsuspecting Brittany Spears at the 2003 VMA awards, there was Marlene Dietrich!

She was an actress, singer and activist, born on this day, December 27, 1901 in Berlin, Germany.

Dietrich, an outspoken bisexual, wowed the world with cross-dressing and gender bending long before gender fluidity was even a concept. She deep kissed her female costar in the movie Morocco, way back in 1930.

Born to humble beginnings but with a decided love of the stage, Dietrich started out in chorus and vaudeville, quickly making her way into silent films in the 1920’s.  It was her role as the decadent cabaret performer Lola-Lola in The Blue Angel (1930)  that brought her international fame. With it came a contract at Paramount Pictures.

Her style may not have been suited to everyone, but a certain section of Americana could not get enough of this Berlin siren. 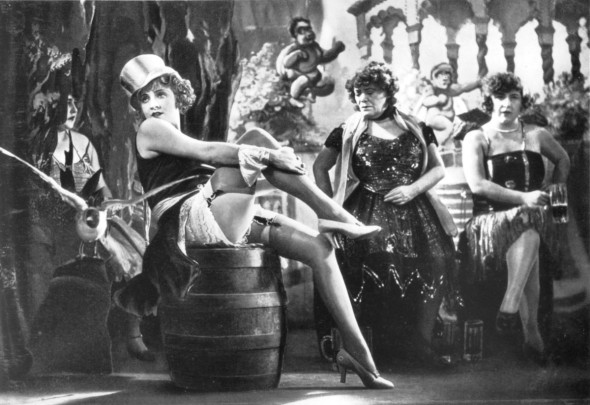 She  moved to the United States that same year, and went on to star in several motion pictures, including Shanghai Express and Blonde Venus. She was nominated for an academy award for her role in Morocco.  Throughout her career she enchanted audiences with her languid smile, sexy voice and smoldering eyes that understood the world, perhaps all too well.

Hollywood beauties come and go, but one unique thing about Dietrich was her anti-Nazi activism. In 1937,  when the Nazi Party was on the rise, Marlene was vacationing in London. Officials from the Nazi Party approached her and offered her a lot of money to return to Germany and become film star in the Third Reich.  Marlene flat out refused! She returned to the US and applied for citizenship, which was granted in 1939. Throughout her life she remained a politically active United States patriot.  She also renounced her German citizenship in 1939.

Throughout the 1930’s and 40’s Dietrich took a radical humanitarian stance against the Holocaust.  She created a fund to help Jews and dissidents escape from Germany.  She donated her entire salary from the movie Knight Without Armor (a whopping $450,000 — which was worth a lot more back then!) to help the refugees.

In December 1941, the U.S. entered World War II, and Dietrich became one of the first celebrities to help sell  US war bonds. She toured the US from January 1942 to September 1943 (appearing before 250,000 troops on the Pacific Coast leg of her tour alone) and was reported to have sold more war bonds than any other star.

The soldiers loved her!

During two extended tours in 1944 and 1945 Marlene performed for Allied troops in Algeria, Italy, the UK and France. She then followed General George Patton all the way to the front lines in Germany.  When asked why she had done this, in spite of the obvious danger, she replied, “aus Anstand“— “out of decency”.

Marlene continued to perform throughout her lifetime.  She even had a cameo role in a movie called Just a Gigolo, with another cross-dressing icon, David Bowie, in 1979.

In the 1980’s Dietrich was keen to see the fall of the Berlin Wall and a unified Germany. She reportedly stayed in contact with world leaders by telephone, including Ronald Reagan and Mikhail Gorbachev.  Her monthly telephone bill was over $3,000.  That is a lot of talking!  Perhaps she, along with Reagan, was pleading “Mr. Gorbachev, tear down that wall!” 🙂

Dietrich died in Paris in 1992, at the ripe old age of 90. She was given a ceremonial funeral, attended by nearly 2000 people. The United States Medal of Freedom was displayed at the foot of her coffin in honor of her duty.

Because the Berlin Wall had by then been dismantled, Marlene requested in her will that she be buried back in Germany with her family.  She was interred at the Städtischer Friedhof III, Berlin-Schöneberg, next to the grave of her mother, Josefine von Losch, and near the house where she was born.

Here is an English version of  her famous song “Falling in Love Again”.  Hope you like it! 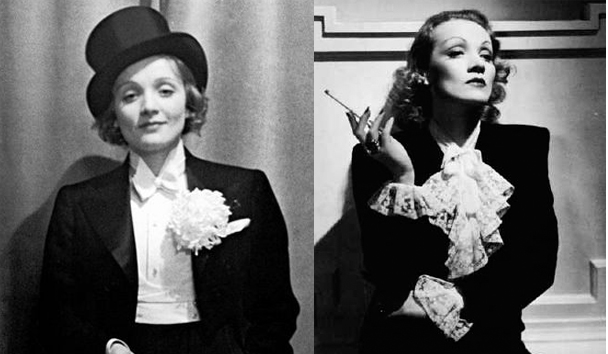