The lure and lore of time travel has long fascinated many people. From Marty McFly’s Back to the Future escapades, to Woody Allen’s Midnight in Paris, to Diana Gabaldon’s Outlander, the idea never ceases to intrigue. Who wouldn’t want the chance to fix our mistakes, change history, see the future or just explore some period we find interesting? On this day, December 8, we celebrate all that and more!

This holiday, invented in 2007 by an online group known as Koala Wallop, is technically called ‘Pretend to be a Time Traveler Day’.  Because it is all pretend and make-believe, right?

Is time travel really possible? If so, how would it happen? Would we need a machine, as suggested by H.G. Wells? Could we travel through rock formations like Claire Frazier? Jump across the Brooklyn Bridge like Kate and Leopold?  Or would hypnosis work, like Christopher Reeve in Somewhere in Time?

According to Wiki: “Time travel to the past is theoretically possible in certain general relativity spacetime geometries that permit traveling faster than the speed of light, such as cosmic strings, transversable wormholes, and Alcubierre drive. The theory of general relativity does suggest a scientific basis for the possibility of backward time travel in certain unusual scenarios.”

Quantum physicists are making new discoveries every day. They have mathematically calculated the existence of eleven different dimensions, all of them involving the placement, misplacement, and elasticity of time.

There have been several weird incidents that suggest time travel has occurred. Fasten your seat belt and keep an open mind! Then decide for yourself what’s fact and what’s fiction…

This photo, taken in the 1941, seems normal enough upon first glance. But look closer. The young man in the center is dressed in modern clothes and definitely looks out of place.  Did he pop in from another era?

To be fair, some historians have debunked this, claiming that the sunglasses were indeed in style in the 1940’s, as was the single letter sweater. The camera he is holding would have been available also. But I still say the guy looks too hip for the scene he is in!

The year was 1995. The smart phone obviously had not yet been invented And yet! Caught on tape, there is a man recording the match, seemingly on a smart phone.  Take a look at this video. The device does look like a smart phone. A comparison is shown to other recording devices available at the time, and none of them match what is being used.  What do you think?

In 1928, Charlie Chaplin made a silent film called The Circus. He used several extras/ unknowns as pedestrians. Watch closely in this one scene, where a woman appears to be talking on a cell phone! The video repeats and zooms in so you’ll get a closer look. You’ll see that she even pauses and hesitates, clearly talking into the device.  If this woman is a time traveler, she was smart to get herself in a Chaplin film. Maybe she knew he would become an acclaimed star and millions would see this footage.

Speaking of cell phones, this footage was taken in 1938, at the Massena Aluminum Company in New York. A woman appears to be chatting on — yes, a cell phone! Her companions take it in stride. Could the whole group be time travelers? (Imagine how strange a cell phone would have looked in 1938. Remember the old days when if you heard someone walking down the street chattering you thought they were mentally ill?)

** I should note that hand-held walkie-talkies were being developed in around 1937, but they did not look like this. They were far clumsier! Plus, civilians did not have access to them, as they were used mainly for the military.  (And you thought cell phones of the 1990s were cumbersome? 🙂 ) 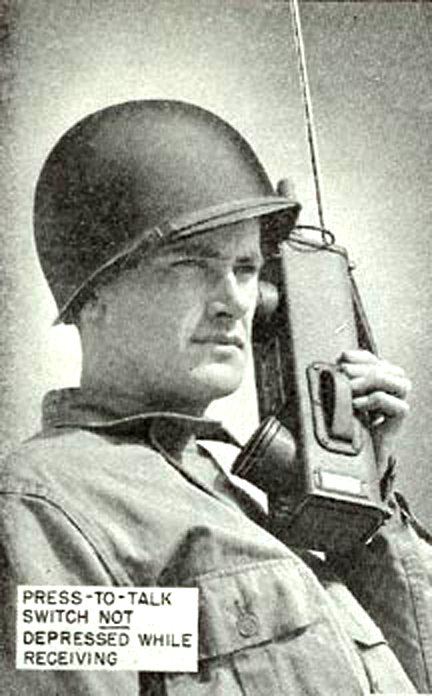 This is perhaps the strangest one of all. Could a time traveler come in as an angel and perform a heroic act?  The following footage was caught on a surveillance camera in China. Watch closely, about 15 seconds into the film. The biker nearly gets hit by the truck, but a mysterious hooded figure saves him. The frantic driver gets out of the truck to investigate, and they are both gone! (Yes, it could be fake, but this looks very realistic.) Decide for yourself 🙂

5. Andrew Basiago and the Gettysburg Address

Andrew Basiago is an American lawyer.  From his videos he appears to be a normal guy, reasonably intelligent, and not a complete crackpot.

Basiago claims that between 1962 and 1972, the U.S. government (specifically the CIA and DARPA) ran a top secret operation called ‘Project Pegasus’. This program led to the  development of many highly advanced technologies — stuff like teleportation, contact with extra-terrestrials, and yes — time travel.

According to Basiago, when he was a child, he was selected from a “psychically gifted group”  to become a time traveling liaison. He was sent to meet historical and future dignitaries, as well as various extra-terrestrial entities. He says he was sent to meet Abraham Lincoln at the Gettysburg Address. There is a picture to prove it.

This photo is from The Library of Congress, taken at the Gettysburg Address, 1863.  Basiago says he is the child in the picture.  He also says he had stepped into a “plasma confinement chamber in 1972 New Jersey, and hopped back to 1863 Gettysburg.” Somewhere along the way, he lost his shoes. He was given a new pair, obviously too big.

Far fetched? Maybe so. But keep in mind this operation is allegedly created by the CIA — they are known for their astoundingly unethical and secretive operations.

In this video, Basiago explains more. (Running time is about 1 hour 30 minutes.) Could he be telling the truth?

Whether you are a believer or not, have a fantastic Time Traveler’s Day! Just remember, Kate met Leopold through time travel. And all she had to do was challenge her own cynicism, accept his strange mannerisms, be open to possibilities, then leap over the Brooklyn Bridge — according to mathematical calculations that designated a break in the fabric of the time-space continuum…

May all your other-worldly dreams come true 🙂